The Three Weeks and all its social restrictions are now behind us and we are in the “season” of Tu b’Av with its emphasis on shidduchim and marriage.

I believe that next to teething, dating is arguably the most emotionally and physically draining experience in a young person’s life.


Every human being – young or old, male or female, rich or poor – has a need to feel liked or accepted. Every person wants to feel that their parents and siblings value them, and as our social world increases, we thrive when our peers – the kids in the neighborhood or our classmates – accept us. Later as adults, we want validation and acceptance from our spouse, colleagues and children.

People never outgrow the need to be recognized in a positive way and be viewed as an insider – a member of the “gang.”

Rejection, disapproval or being dismissed as irrelevant or unimportant can be toxic and if it happens often enough, an individual’s self-image as a likeable, competent being likely will be severely compromised, leading to a damaged ego.

The young and inexperienced are especially at risk for feelings of inferiority that can erode and wash away a positive perception of self.

That is why the dating parsha can be a very difficult, stressful time for young people, most of whom are sensitive and struggling to figure out who they are and where they fit in. Too often they compare themselves to peers in terms of looks and accomplishments and tend to see themselves as lacking – whether this is a realistic assessment or not.

If a young man or woman in the parsha has had a series of one-time dates – even if the lack of interest was mutual – s/he might begin to wonder if something is “wrong” with him/her. The natural thought might be: “The person I was set up with wasn’t what I was looking for in a spouse – but I am a catch – so why didn’t s/he say yes?”

Intellectually, the person knows if the shidduch wasn’t right for him, likely she felt the same way, but, nonetheless rejection stings at whatever stage the relationship is in – even at the very beginning.

It is normal to feel a flicker of disappointment if the dater would have been happy with a second date but the other party didn’t. As I mentioned, everybody wants to feel wanted. Think of how you feel when you pick up a baby and she starts crying and shrieking hysterically. You can’t help feel somewhat chagrined and inadequate. And this is with a temperamental baby yet!

But a flicker can become a conflagration if the dater has a series of “not interested in another date” experiences.

Unless one has a very strong sense of self and is confident in one’s own value, the serial dater is at risk of being infused with self-doubt, which makes dating the next person even harder. A lack of confidence can lead to anxiety, possibly causing the person at the other end of the table to erroneously conclude that his date wasn’t comfortable with him, and consequently will walk away with a wrong, negative impression of the dater – leading to yet another “no.”

Feeling “unlikeable” is compounded with every subsequent unsuccessful date, much the same as a blister grows as one continues to walk.

It is not unusual for some parents, frustrated by their child’s lack of success in the shidduch parsha, to be critical of them. Negative comments like, “You should have worn less/more makeup” or “Did you bore her with your non-stop political views?” only exacerbate the young person’s lack of confidence and sense of failure.

Back in the day when my friends were in their early twenties, I remember one of them telling me that when she would come home from a date, her mother would immediately ask if the young man asked her out again. (That is how it often worked in those days, when shadchanim were less involved post-date and the couple might discuss a second date in the car in front of the house.) The mother didn’t ask if she was interested in going out again – only if he was interested in her. It was as if she was being asked if she “passed” or “failed” her likeability test.

She began to feel like such a failure each time there was no second date, which was often because she began to act “desperate” on her dates, agreeing with whatever her date said instead of expressing her opinions – a turn off for most people, male or female. Only a control freak would want a spouse who acted like a shmatta, going along with everything he dictated. Sadly, her confidence shattered and desperate to get married, that’s what she ended up with.

I would venture that her parents’ had their own insecurities for whatever reason (possibly because there was a never-married aunt in the family). Then there are the times when parents go to the other extreme.

In their eyes their child is Hashem’s gift to the Yiddish velt and nobody is worthy enough of their precious jewel. I would venture to say that there are more parents today in our community who feel their offspring are yotzeh min haklal – outstanding and extraordinary, way above the crowd – and thus are quick to say no to potential shidduchim.

It’s great to have such a positive outlook about your child’s value and likeability – even when the perception is rather distorted – nonetheless that means that there are a lot of great young men and women who are being told there is no interest.

Rejection often comes when a shadchan makes a suggestion –and it is quickly turned down. I am seeing this inability to even “get in the game,” let alone get to a second date happening more frequently. Many of my friends and acquaintances have lovely sons and daughters who barely go out. The other side often says no without any real explanation. This initial rejection is a head–scratcher for me. These are young people from “good” families, are “presentable” (as my mother often would say), meaning they are attractive, well-groomed and dressed, intelligent and have good middos. Yet, they running to shiurim and taking courses or running chesed projects instead of being on dates – let alone setting up their own ba’atei ne’eman b’Yisrael, because too many parents have inflated views of what they or their child are “bringing to the table” and are holding out for what they feel they deserve – big yichus and big bucks. But it’s often a two way street – these families might have kids sitting home, because as they look “higher” they may get that “no” from the other end as well!

Either way, too many fine young people are hitting their early twenties having only been on a handful of dates. With each rejection comes feelings of inadequacy, bewilderment and eventually, despair. They are beset with doubt and anger and may reject the community that seemingly is rejecting them.

Some may even go looking for a spouse with a different hashkafa or level of observance, because they are beginning to doubt whether they “belong” or actually “fit” in the community they grew up in. That can lead to other problems down the matrimonial road.

Gayva may be causing this shidduch crisis. It’s something to consider as the Days of Awe and Reflection come upon us. 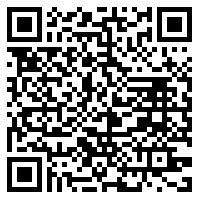