Ever since he was a young boy, Jonathan Levenstein* knew the power of prayer. He prayed every night for as long as he can remember. So when his unborn son came close to dying, Jonathan’s natural response was to pour out his pain in heartfelt tefilah to Hashem.

Jonathan grew up in Canada. Both sets of his grandparents had emigrated from Europe and held on to their religious lifestyle even in their new country. One grandfather was the gabbai of his synagogue, and Jonathan can still picture him walking around the synagogue on Shabbat morning, his tallit flowing behind him as he gave out aliyot. Jonathan has clear memories of his other grandfather putting on tefillin each morning.

The tenacity through which Jonathan’s grandparents retained their religion left an indelible impression on him. Even as his parents strayed from religious observance and moved to the suburbs far away from any Jewish community, Jonathan held on to the prayers of his grandparents.

“Since I was 8 or 9 years old I have prayed to Hashem at night, [saying] the first, second and third paragraphs of the Shema. As events unfolded in our lives, I never missed a night of davening, no matter where I was,” Jonathan recalled. Every night he recited the formal prayers of the Shema, followed by his own requests from deep within his heart.

Jonathan grew up, and while not religious, continued his nightly pleas to Hashem. When his sister was diagnosed with Multiple Sclerosis, Jonathan’s davening increased in intensity. He prayed that Hashem would make everything right.

Then Jonathan married Barbara and they dreamed about settling down and raising a beautiful Jewish family. By 1974 they were expecting their first child. After an uneventful, normal pregnancy Barbara went into labor. Their baby suffered fetal distress and the doctor was unprepared. The baby’s umbilical cord was wrapped around his neck and was strangling him. The doctors were unable to take him out. The OB-GYN approached Jonathan and said the baby had already lost oxygen and his heart had stopped. There was not enough time to take X-rays and there was no option but to do a crash C-section and hope for the best.

“I went into a little room and davened to Hashem. That was the natural thing to do. I promised Hashem that if he saved my son, if he came out alive, my son would know Hashem.”

Jonathan prayed like he had never before. The tears flowed freely. Jonathan always knew that Hashem listened to his prayers, but that day in the hospital the power of tefillah became clear. As the doctors tried every medical procedure in the operating room, Jonathan used every ounce of strength to plead and cry before Hashem.

After what felt like an eternity the doctor found Jonathan. He reported that after a difficult C-section the baby was out and alive, but had lost oxygen for extended periods and would have many health problems.

Jonathan was unconcerned. The fact that his son was alive was euphoric news. Jonathan knew that with Hashem’s help they would get through his challenges.

“I knew I had made a vow to Hashem and He had brought him out alive. I knew I had an obligation to do my best for my son to help him know Hashem.”

Making that vow a reality proved to be very difficult. The child, who was named Alex, faced many health challenges and language delays.

School was another difficulty. The blood loss had scarred his brain development, leaving him with learning challenges and social problems that took years to overcome. His mannerisms were different and he had a hard time fitting in.

Jonathan tried to teach him about the Jewish rituals and stories he remembered from his own youth. He brought him to synagogue most Shabbat mornings, but nothing seemed to sink in.

“I tried to teach him. I tried to get him to sit, but he always went away from us. I would look back and he would have his siddur upside down with an Archie comic book inside.”

In high school another young Jewish boy struck up a friendship with Alex. He was able to look beyond his external quirks to find his sweet inner core. He invited Alex to join him one Shabbat at a local Chabad House.

The two young men started attending services there every week. Alex found the Chabad synagogue to be warm and accepting. Over time he began putting on tefillin and took on other mitzvos. He later attended a six-week Aish Hatorah learning program in Israel and came back fired up. Now Alex led the way for his father in recognizing Hashem.

“As he got involved, I started taking more of an interest in it. I had wanted him to see me model it, but he became a role model for me!” Jonathan said. “I had to keep up with him.” 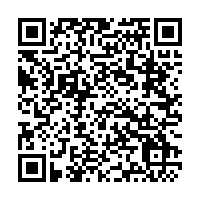