Sometimes people are upset that they send me questions for this column and I don’t seem to use them, but rest assured that everything I get goes into a file and I try to get to it eventually. And by “eventually,” I mean, “Here are some questions that were sent in like 2,200 years ago that I am just now getting around to answering.” So hang in there.

I’m a soldier in the Greek army, which is a pretty good job, plus I get dental. But this morning I was waiting in line to be issued an official animal, and the guy handed me an elephant. I think they were out of horses. What do I do with it? I don’t even know where the brakes are.

Just go with it. The elephant is kind of like a modern-day tank, in that it’s big, has a huge turret for dousing enemies in water, and has a thick hull that provides protection if you climb inside. Most people sit on top, though, and they’re impervious to pretty much everything the enemy comes at them with, except giraffes. It’s also great for rolling over the traffic of all those horses and soldiers on the way to fight the Jews, because you have a considerably large army, and traffic is a nightmare. Everyone’s always going in the same direction at the same times of the day. Maybe you should telecommute.

I’m currently living in a cave in the wilderness. Where do I light my candles so everyone can see them from the street?

Sent from my iPhone

This question is highly anachronistic. You’re giving me a headache. The short answer is you want to light at the mouth of the cave, opposite the mezuzah.

If I’m against Antiochus, does that make me anti-Antiochus? Or pro Ochus? And what’s Ochus?

I think Antiochus is the wife of Uncle Yochus, that creepy uncle who showed up to parties and opened all the food, made everyone compete in weird games and shared his political beliefs and ate all the cheese.

So in the Greek’s big plan of us adopting their culture, do I have to start giving my kids Greek names?

Well, according to the Greeks, their culture has a lot of gorgeous names that you should be honored to name your child, like Antiochus, Klonimus, Frivolous, Mischievous, Stimulus, Ambiguous, Omnivorous, Calculus, Cumulus, Abacus, Miraculous, Harmonious, Sanctimonious, and Erroneous, and you can even modify a Jewish name, such as Chonius, Yonius, or Plonialmonius. A lot of Greek names also end in “ees,” like Socrates, Hypotheses, Parentheses, Antifreeze, Analyses, Lebanese, Japanese, and Maccabees. Point is, any of these are fine Greek names, none of which fit into the boxes on medical forms; you can name your child at his secret bris and then put on his birth certificate as a middle name for work.

I just made a dreidel out of some clay I found in the cave. How long will it take to be dry and ready?

In my experience, at least eight days. Slightly less if you can keep it in the sun.

I’m really good at archery, and I’m thinking of representing my people in these new Olympics, but when I wrote the local registration office to ask about uniforms, they told me there were none, whatever that means. How does anyone know what country I’m representing? And where do I put my number? 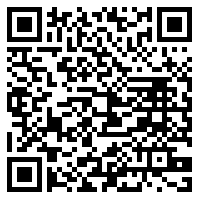