Home Sections Travel New Caribbean Synagogue Joins One Of The Oldest In The Hemisphere
Share on Facebook
Tweet on Twitter
WILLEMSTAD, CURACAO—It’s not everyday, or every year, or every decade, or even every century, that a beautifully-designed, 180-seat, air-conditioned synagogue rises in the Caribbean, let alone a modern Orthodox one.
The new synagogue is billed as the Shaarei Tsedek Ashkenazic Orthodox Jewish Community-Herman and Miriam Tauber Jewish Center, at 37 Magdalenaweg Street, located on the 174-square-mile vacation island of Curacao (one of two islands that make up the Netherlands Antilles), just 35 miles off the coast of Venezuela.
Especially poignant is that the new synagogue is situated on the same island where the only other Jewish house of worship is widely believed to be the oldest synagogues in continuous operation in the Western Hemisphere. Less than a 15 minute drive away is the historic Congregation Mikve Israel-Emanuel at Hanchi di Snoa, known to thousands of tourists who grace this historic building because of its sandy floor and crystal chandeliers. The congregation itself was founded in 1651, three years before the first Jews arrived in the U.S. from Brazil, and the building was erected in 1732.
The new synagogue, Shaarei Tsedek, reflects a more recent history, beginning in the 1920’s and 1930’s when European Jews began arriving here. Over the years, the congregation functioned in various old island homes.
When the official dedication is held later this year, the congregation will honor Rabbi and Mrs. Ariel Yeshurun for their work in the erection of the new building and the promotion of Jewish identity in the Diaspora.

Rabbi Ariel Yeshurun in front of the new synagogue. (photo by Riva Frank)

In 2000, at the age of 24, Rabbi Yeshurun, fresh out of Israel’s Beit Amiel Institute for Training Rabbis for the Diaspora, assumed the pulpit of Shaarei Tsedek. Today, he acknowledges that early on he had a dream, “to build a proper, permanent synagogue building for his congregation.”
Told over and over again, “it’ll never happen,” or “we’ve tried so many times,” he persevered in spite of the “disbelief,” and “skepticism,” on the part of “members and board members, mainly because of the futile efforts and the magnitude of such a project for a small community,” he related. He soon acquired a sizeable contribution from member Herman Tauber who also wanted the “dream to come true.”
As he likes to tell it, Rabbi Yeshurun then became fundraiser, accountant, contractor, interior designer, and construction expert, marshalling the resources until the synagogue rose on the 50,000-square-foot plot at a cost of several million dollars.
A highlight of this architectural gem is a transparent glass dome that “swallows the heat and reflects light, transforming the sanctuary into a very bright space.”  The prayer hall features solid wooden, folded-cushioned seats and cushioned-backs made in Kibbutz Lavi, Israel.  To the right of the arc is a woman’s section, with the upper part of the mechitzah made of glass, “creating an atmosphere that will allow both men and women to experience prayers in their own unique way while maintaining halachic restrictions,” explains the rabbi.
Inscribed in bronze letters on the Jerusalem stone above the oak wood Holy Ark are the words “Open for me the Gates of Righteousness, I will enter them and thank God.” Symbolically, on the opposite wall is a mounting of the Ten Commandments that once graced a synagogue wall in Iraq.
Today, only about 350 Jews call Curacao home and Shaarei Tsedek has about 130 members. With such a small community, why was it necessary to have two synagogues?
“One is a liberal congregation, the other is modern Orthodox.  Mikve Israel-Emanuel maintains its age-old Sephardic Portuguese rituals, customs and melodies, while Shaarei Tsedek maintains its ancient Ashkenazic rituals, customs and melodies,” answered Rabbi Yeshurun.
Still, both congregations sponsor joint programs, such as a four-day-a- week Hebrew School. Two volunteers from Israel’s National Service, who have arrived to enhance Shaarei Tsedek’s Jewish education program, also teach in the joint Hebrew School.
Curacao is a major destination for cruise lines, especially Holland America Line, and already Rabbi Yeshurun notes that local tour buses now drive by, pointing out Shaarei Tsedek as a new house of worship on the island.
Meanwhile Rabbi Yeshurun (rel_yes@yahoo.com or 5-999-738-5949), realizes he and his wife and three children might not be on the island forever, especially since he is studying for  a medical degree.  “You are not required to complete the task, yet you are not free to withdraw it, ” he said. His congregants agree, they have already awarded him the title of “Rabbi Emeritus.”
Ben G. Frank, is a travel writer and the author of the just-published “A Travel Guide to the Jewish Caribbean and South America,” as well as  “A Travel Guide to Jewish Europe,” 3rd edition and “A Travel Guide to Jewish Russia and Ukraine” (all Pelican Publishing, Gretna, LA.). He’s also the president of The Frank Promotion Corp., based in Chappaqua, N.Y.
Advertisement 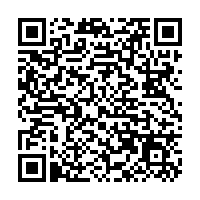