Microsoft: In an effort to prevent Microsoft from discontinuing selling new copies of the Windows XP Operating System, windows users have started circulating a petition threatening to jump ship and switch to Apple or Linux. Since Microsoft released Windows Vista, many users have chosen not to switch. Microsoft is aware of the petition, and at this point seems to be proceeding with its plan to stop selling new copies of Windows XP. If there is sufficient demand, Microsoft may be forced to extend its support of Windows XP.

Fujitsu: Later this week Fujitsu will unveil a laptop that is encased in wood, as opposed to the usual plastic. This seems to be an effort to further make their products environmentally friendly.

China Mobile: China Mobile has increased its effort to acquire small stakes in small telecom companies around the world. Acquiring smaller telecoms will make it easier for China Mobile to learn from others companies’ experiences and find new ways to help its own business.

FCC: The Federal Communications Commission (FCC) has begun taking steps to initiate an emergency text alert system. This new medium would alert citizens of emergency situations. This is still in an early stage, as they attempt to figure out a way to implement this with the appropriate government agencies and carriers. Currently, there are over a quarter of a billion people with cell phones in the U.S.

Nokia: Nokia, one of the largest cell phone makers in the world, will soon be releasing a competitor to Apple’s famed iPHONE – called the “tube.” One feature that makes “tube” stand out is a web browser with Java built in.

NTT: NTT Communications is working on some very interesting technology. Their latest project is the ability to e-mail a fragrance from one user to the next. NTT envisions people sending an e-mail with a bouquet of flowers, permitting the recipient to have both the visual and the scent. 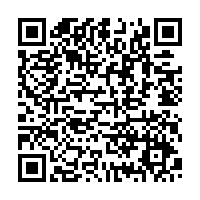