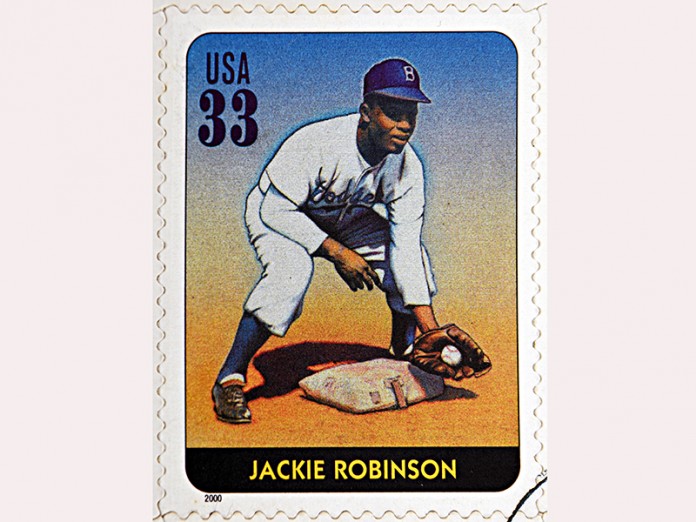 The 2022 baseball season has had its ups and downs for most clubs in the early going, except for the Yankees, Mets and Dodgers. And some teams, especially the revamped, improved on paper, expected to win more often than losing, Detroit Tigers had a horrible start and many players were hit by injuries and batters were having their worst year of their career.

However, it’s a long season and many surprises are ahead. One thing is for sure, the Yankees and Dodgers are the best teams in baseball roster-wise and will be playing deep into the post-season playoffs. The Mets aren’t as deep in talent as the Dodgers but a great start could translate to another subway Series such as the World Series of 75 years ago in 1947 when the Yankees in Yankee Stadium with more than double the capacity of the Dodgers had then playing in Ebbets Field on Bedford Avenue in Brooklyn, beat the Dodgers four games to three and it was the first World Series to be televised.


The year 1947, however, was best-remembered as the season Jackie Robinson broke baseball’s color barrier and became the first black player in the major leagues. At the time, most newspapers referred to him as “colored.” Reggie Jackson told me that when he was born he was “colored.” When Jackson signed a pro baseball contract he was considered a “Negro.” When Jackson’s playing days ended he was “black.” When Reggie was voted into the Hall of Fame in Cooperstown, he was “African American.”

The Jackie Robinson story is well-known through books and movies. In the first movie released in 1950, Robinson played himself and did a good job. He also did a good job in his first season as a player in ’47, batting .297, with 12 home runs and stealing 29 bases for the Brooklyn Dodgers. It’s hard enough to be a good player in the major leagues, But Robinson had to listen to racial taunts from other teams and fans in the stands when the Dodgers played on the road.

Calling the games on radio that year for Brooklyn was Red Barber, a man steeped in the prejudices of his era and place of birth. Barber was born in Mississippi and moved with his family to Central Florida when he was ten. “I saw black men tarred and feathered by the Ku Klux Klan and had grown up in a completely segregated world.” Barber recalled in his book, “1947 – When All Hell Broke Loose in Baseball.”

Barber thought about quitting his play-by-play job. After all, a Southern gentleman in 1947 shouldn’t be expected to work for an organization that would treat a black man as an equal. But Robinson wasn’t an equal; he was superior to most as a player and as a man and even more educated than most players of his era.

Robinson went to college and starred at UCLA in basketball and football before serving in the army where he became an officer, serving in Kansas and Texas where white officers wouldn’t give him a chance to try out for the baseball team. After military service and with doors closed to blacks in many fields including professional baseball, Robinson decided to play for the Kansas City Monarchs, one of the top teams in the Negro Leagues in 1945. 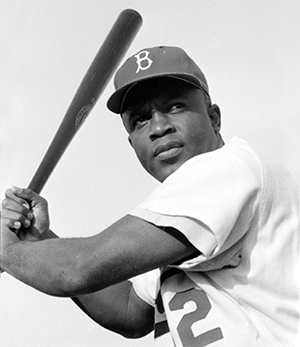 Robinson did well and attracted the attention of Branch Rickey, one of the owners of the Brooklyn Dodgers and general manager of the team that would sign him to a professional contract in early 1946 where he would be assigned to Brooklyn’s top minor league club in Montreal. In Jackie’s first game in pro ball in ’46, he homered and as he rounded the bases he wondered if any of his new teammates on the Montreal Royals would even want to shake his hand. Outfielder George “Shotgun” Shuba, aptly named for his rifle arm, met Jackie at home plate and became the first player in pro ball to ever shake a black player’s hand. The pair would advance together to Brooklyn and be teammates for eight years.

Red Barber was also following Robinson’s progress. It was just a matter of time before Jackie would be up with the Dodgers and Barber was mulling over quitting announcing Dodgers games. “I didn’t quit, of course,” Barber related in his book.

Barber wrote, “I made myself realize that I had no choice in the parents I was born to, no choice in the place of my birth or the time of it. I was born white just as a Negro was born black. I had been given a fortunate set of circumstances, none of which I had done anything to merit, and therefore I had best be careful about being puffed up over my color.”

Besides paying tribute to Jackie Robinson here and there this season and at the All-Star festivities at Dodger Stadium, baseball will be celebrating the 100th birthday of baseball’s first lady July 19, the still regal, eloquent Rachel Robinson, Jackie’s wife. Jackie was only 53 years old when he died 50 years ago in 1972 when Rachel was 50.