Seventy years after Israel’s founding, at long last a member of the British royal family will visit there. The summer visit of the Duke of Cambridge, HRH Prince William, has been announced.


This visit is remarkable for only one reason: that there has been no such visit before. Prince Charles attended the funerals of Shimon Peres and Yitzhak Rabin, and Prince Philip made an equally brief visit one time to see his mother’s grave site. Neither was an “official visit,” because such a horrible event was simply not acceptable to the Foreign Office. The change is important. As the great historian Andrew Roberts wrote,

Royal visits have always been a central plank of Britain’s diplomacy over the centuries, and this one is a statement that Israel is no longer going to be treated like the pariah nation it so long has been by the Foreign Office. It is no therefore coincidence that although Her Majesty the Queen has made over 250 official overseas visits to 129 different countries during her reign, neither she nor one single member of the British royal family has ever yet been to Israel on an official visit.

Why now? There are various theories. One is that Prince Charles was the wrong royal to send (see this Spectator story for one of the theories as to why) and time had to pass until someone in the next generation could do it. Another theory is that the Foreign Office simply could no longer maintain the claim that a visit would sour relations with the Arab states when those states are improving their own relations with Israel. Finally it has been argued that the Foreign Office and royal refusal (and it is not clear whether the “no” was over the years really from the bureaucrats or the royals, or both) was based on Zionist violence against British colonial administrators in the pre-1948 years of the Palestinian mandate. That obstacle would seem very odd when the Queen in 2012 was willing to shake the hand of Martin McGuinness,  who had been a very senior IRA commander leader in 1979 when the IRA killed Lord Mountbatten, to whom she was close and who was Prince Philip’s uncle.

Andrew Roberts is right: this visit is praiseworthy because it treats Israel as a normal nation. In that sense it is very much in line with President Trump’s move to recognize Jerusalem as Israel’s capital, acknowledging that it has the right every other nation has to choose its capital city, and the American effort at the United Nations system to stop the unfair and unequal treatment of Israel. Seventy years is a long time to wait for normal treatment, and of course Israel is far from achieving it even now. But these steps are symbolic of real progress. 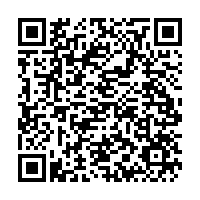