Second, we are going to open up more markets – we just need a tiny sliver of a huge market. In China, in Latin America. I was recently in China.

What we need is to push forward into new markets.

Who would have thought Israel would be an energy power. We were lucky not to have discovered it in the first 65 years and so we developed other resources.

We’re not going to make the same mistake of not exporting our gas as other countries have done. We are going to fill the coffers of the State with export for the benefit of all.

We’re going to open up transportation so that you can commute all over the country and live anywhere and be close to work.

Prosperity is within reach. We have outstripped so many of the developed companies – and we’re not stopping.

And the third goal – beyond security and prosperity – is peace. I want peace! Now the only way to negotiate is to begin and we are ready to begin now – without preconditions.

We’re only 15 minutes apart  – well, with a police escort, even less.

The reason there is no peace has to be addressed. I put no conditions on entering the negotiations but in order to end them successfully we must address the issue of why we have been unsuccessful in getting peace. Why have successive governments – 6 since Oslo  – have failed. This conflict predates 1967 by half a century; it predates the settlements.

What were the 1920 attacks on Jews in the land? It was an attempt to prevent the state. That was the reason. And then we vacated settlements – and still the attacks continued.

We need a Palestinian leadership that will accept the Jewish state – that was and remains the underlying problem. I don’t ask for these questions – of recognition and 20 other issues – there are 21 that need to be negotiated but that’s for after. 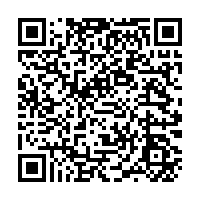