My encounter with Rabbi Shmuel Goldin’s “Unlocking the Torah Text” this weekend nearly gave me a stroke. And all I covered was his section on parsha Bereshis.

There were two terrible passages. We’ll deal with one now, and get to the other later.


In brief, I hold there are two incorrect theories of midrash. I call them the “moron approach” and the “skeptical approach.” The moron approach, beloved by idiots who think their stupidity proves their piousness, hold that our sages were merely receiving vessels who did nothing but repeat whatever they heard from their own rebbes. They say the midrashim, in their entirety, go back to Sinai, in one long game of telephone, with not one of the Sages ever making use of his own intelligence or creative powers to add or subtract from the original teaching.

This, thankfully, is not Goldin’s approach.

Instead, Goldin embraces the skeptical approach telling us that midrashim are not really interpretations of verses. Instead, they are something the Sages used to encode and transmit Deep Ideas. Here’s how he puts it:

Midrashim are vehicles through which the Rabbis.. transmit significant messages and lessons. As such, they are not necessarily meant… to explain the factual meaning of a Torah passage.

The Goldin passage I quote above is actually a (unattributed) paraphrase of something that the Ramchal says in Maamar al Haagadot. And let me make this clear: The Ramchal’s approach is a sound way of dealing with problematic midrashim. Trouble is, too many people use this approach to deal with midrashim that are not problematic at all. And this is precisely what Goldin does.

The Midrash he attempts, in this example,  to reveal as a vehicle for transmitting secret lessons is found in Berashis Raba, Berashis 23:16 where various rabbis are quoted discussing competing reasons for Kayin’s attack on Hevel.

(1) The brothers divided up the world, with one taking the land, and the other taking the animals. When Kayin saw Hevel standing on “his” land he objected.

(2) The brothers divided up the land and the animals even-steven but both wanted the land where the future Bes Hamikdash would stand. So they fought

(3) The brothers both wanted Chava Rishona, and fought over her. (Chava Rishona is how the Midrash solves the problem of Eve’s two creation stories. The first Chava (the one created alongside Adam in Genesis 1:27) was rejected, and replaced by the Chava created from Adam’s rib in 2:21 leading Adam to declare in 2:23 “Zos Hapaam / This time [I am happy with the Chava]!”)

(4) Hevel had two twin sisters while Kayin had only one. They fought over Hevel’s extra sister (the existence of the twins are indicated by the superfluous word “es” in 4:1 and 4:2 where Kayin’s birth announcement is accompanied with only one “es”, thus one twin, while Hevel’s birth announcement has two appearances of “es” which to the Rabbis suggested two twins.

According to Goldin, none of this should be construed at an attempt to interpret and explain the Kayin and Hevel story. Instead the Sages are “expressing global observations” regarding the real reasons why men go to war, namely territory, religion and women.

And then he makes it abundantly clear that he hasn’t even taken the elementary first step of consulting the midrash in question, writing:

Fundamentally, the Rabbis make the following statement in this Midrash: We were not present when Kayin killed Hevel. Nor can we glean any information directly from the biblical text concerning the source of their dispute.”

Only, even the briefest glance at the text of the Midrash shows this is not true! The Rabbis are not making a statement in unison about Global Facts, nor are they sharing Big Ideas. Rather they are arguing about nothing more than the plain meaning of the verse.

Each of the four suggested reasons for the fight are based on something specific and anomalous in the text, as the Midrash itself tells us, namely the seemingly extra detail about where the fight occurred.

The verse says: “While they were in the field, Cain attacked his brother Abel and killed him.”

Why mention the field?

(1) Because Kayin and Hevel split the world, with one (the farmer) taking the land, and the other (the sheep herder) taking the animals. In the field, Kayin objected to his brother standing on land, which he owned, so they fought.

(3 and 4) Field is also a keyword for women. Both are, um,  plowed (Not my pun! Its in chazal!) and also because of Deuteronomy 22:25 where it says: “If a man finds a girl in the field.” So when the brothers reached the field, ie the woman, they fought.

None of this, by the way,  is a DovBear interpretation. All of it is right there in the plain text of the midrash – which Goldin would have encountered had he checked the midrash before embarking on his unnecessary attempt to “decode” it. 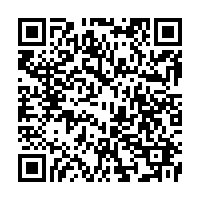