Once again I find myself on a plane flying back from yet another wonderful Yom Tov experience in Israel. As I have said in the past, the community in Ramat Bet Shemesh where I spend time with my family is physically and spiritually beautiful… and so are all the people I encountered there.
But I was disappointed at the way the Charedim there see Chilonim (secular Israelis).  And by the same token I am aware of the fact that many Chilonim have an entirely negative attitude about Charedim. A young Charedi teenager I spoke to told me that whenever he passes though a secuar neighborhood, he gets stares and whispers. This young man would not hurt a fly. All he is interested in is studying Torah in his Yeshiva.
Why is this the case?
Images of ‘the other’ are heavily biased by what the media report about them. When the secular media report on the vile actions of extremist Charedim – that is how all Charedim are perceived.  They don’t know about the relatively peaceful nature of the vast majority of Charedim. They only see what the media reports. They see screaming, rabbinic leaders and politicians. They see rock throwers spitters.  The media does not report  about the peaceful lives and good deeds of this community because that isn’t news. Rock throwing and spitting is. Even if it is only done by the few, that is how the Charedim are seen as a whole.
I am reminded of a story I read in one of the Charedi magazines. I do not recall the details but a Charedi woman saw a void in how patients are treated and filled it with tons of Chesed. She does so without discrimination – giving of herself to anyone in need regardless of how religious or secular they are
One time when she was serving a Chiloni woman , she was thanked and then was asked a ‘favor’: “Would she mind telling her people to stop throwing rocks at her?”
The Charedi woman took umbrage at that since she had never thrown so much as a pebble at anyone in her life.  I can understand why she felt that way. But she should have asked herself, why do they hate us so much? And what can be done to change attitudes?
In my view, the problem is that the two communities do not interact with each other. They therefore have no clue what the other side is really like. Their perceptions are driven by a secular media whose job it is to present hard news and not fluff pieces…. And by the rhetoric of by which the Cheredi media characterizes the Chiloni world. Each side rejects thee other and will have nothing to do with each other.
Jonathan Rosenblum had an article in the Sukkos edition of Mishpacha Magazine wherein he tried to make this point. He quoted a Drasha that explains each of the Daled Minim (Lulav and Esrog etc.) as the four segments of Jewry, The Esrog represents those Jews who have both Torah and Mitzvos; The Lulav –those with Torah alone, The Hadassim – Mitzvos alone; and the Aravos – those with neither Torah nor Mitzvos. While this is certainly an oversimplification of reality – one might say that the Aravos apply to the Chiloni world. But God tells us to combine all four Minim for the Mitzvah to be properly fulfilled.
The point is that all segments of the Klal are needed to fulfill the Mitzvah of The Daled Minim.  And this should be the attitude of us all. We all need each other. We ought to interact with each other and get to what we all are really like. We can discuss the issue that divide us and hopefully come to a resolution that will be acceptable to all. But even if we don’t we will have accomplished a very big step toward Achdus. 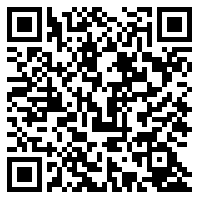