Everybody knows about the little boy who cried out in the middle of the emperor’s parade: “But he has no clothes on!” But few know what happened afterwards, after you close the book, kiss your kids good-night and close the light. So let me tell you the rest.

First the imperial police arrested the boy, his parents, siblings and pet beagle. The family was exiled from the capital, not before the boy broke under intensive interrogation, admitting that he had cried out. When asked why he did so he simply replied: “The emperor had visited my school on my first day of first grade. He said we must always strive to know the truth and tell the truth, no matter how hard that may be.” The interrogator looked askance at the boy and snorted: “It’s not the same! You shouldn’t have said what you said; it
“Why did you say that?” the psychologist inquired.
“Because it was true, he wasn’t wearing any-”
“Hush!” shouted the psychologist.
“But we were taught truth isn’t bashful” the boy pleaded.
“It’s not the same!” yelled the learned analyst. “What you said is injurious!”

The spokesman for the imperial state department immediately held a press conference declaring: “The boy obviously took the emperor’s words out of context. It’s not the same! The boy shouldn’t have said that, it was harmful.”
“But hasn’t the imperial policy always been that the truth will set you free?” asked an intrepid reporter, whose name was written down immediately by an intelligence officer, for future referencing. The officer muttered to himself: “It ain’t gonna set’em free this time, it just ain’t the same.”

Sound familiar? Well, it should, not because there is such an epilogue to Andersen’s wonderful story, but because it happened this last week. The Israeli Prime Minister Binyamin Netanyahu made a two minute video about the outrageous and immoral demand repeatedly made by the Palestinian-Arab leadership, the demand for the “removal” of all Jews from Judea and Samaria and even from Jerusalem. Of course in English they won’t say: “Jews”; they’ll say “Israelis” or “settlers”, but it means the same, and in Arabic they say that clearly. The Prime Minister clearly pointed out that this demand for a Jew-free, ‘Judenrein’ area is called ethnic cleansing and is a crime against morality and humanity.

The reaction? “It’s not the same.”

When terrorism hits the US or Europe and Israelis point out that we have been suffering terrorism for years and yet we persevere in our vibrant way of life – we are told: “It’s not the same. We in Europe and the US suffer from terrorists, you have militants.”

The European Court of Human Rights decided there’s no Greek ‘right of return’ to northern Cyprus, because it would be wrong to force a state to expel men, women, and children from property they now hold, in order to make way for other people. But when Israel expects the same for Jewish communities in Judea and Samaria built communities on abandoned land, not at the expense of others, – the world says: “It’s not the same.”

When it’s “not the same” for Jews through application of a double standard, that’s anti-Semitism.

Netanyahu only stated the obvious. The Jewish people, indigenous to this special, holy land, were scattered during a long, cruel exile, but never lost their vitality, self-esteem, and way of life or the longing to return home. We started coming home over 200 years ago, in a process that rejuvenated our language, our land, our sovereignty, bringing a blessing to all the inhabitants of this land willing to live in peace. This national restoration, in all its justice, morality and truth, opens the door to full expression of the many talents of the Jewish nation, for the benefit of the entire world.

The Jewish state in our ancient-rejuvenated Jewish homeland comprises about 1% of the Middle East, in the midst of over twenty Arabic-Muslim states. The idea of expelling the Jews once again from the heartland of our homeland – ethnically cleansing the land – should be repugnant to every good, moral person throughout the world. 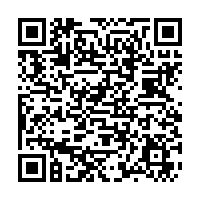