The Tunisian island of Djerba has a centuries-old reputation for religious tolerance and diversity. The island is home to the Ghriba Synagogue, the oldest in Africa, as well as 18 other synagogues, two Christian churches and dozens of mosques. But recent incidents have undermined the atmosphere of peaceful co-existence, with Jewish residents worried about a deteriorating security situation.

Magharebia sat down with Yamina Thabet, president of the Tunisian Association for the Defence of Minorities, to discuss the situation and learn just how residents of Djerba are standing up to extremists.

Magharebia: Is there an organised campaign against religious minorities or are the recent attacks isolated incidents?

Thabet: The incidents started more than three weeks ago when the Hebrew school in Djerba was attacked by two people who broke down the school’s gate while the children were in the inner yard. It should be noted that one of the men was carrying a sharp object to use for violent purposes.

The men attacked the school’s synagogue and a confrontation ensued with a citizen of the Jewish faith who had come to take his son home; he tried to calm the assailants down but was attacked by one of them. He told me they made him fear for his life, especially since the other person was waving the sharp object he was holding. After the struggle with the Jewish Tunisian citizen had caused the attackers to break off, he filed a report with the security forces station and outlined the details of the incident to the officers who took down the complaint.

Once he realised the incident was not being handled seriously, the plaintiff informed the police that the school had a video recording system used to capture everything that happens on its premises and could prove what had happened. He warned that the school would publish that video on social networks. The security forces then asked for a copy of the footage and received it; however, none of the suspects were detained and no real action was taken against the attackers.

Furthermore, one of them continued to harass and terrorise citizens of the Jewish faith, physically attacking two girls on the last day of the Jewish holiday of Succoth. He took advantage of the fact that the men were in synagogue. He charged at the Egalitarian Women’s Council riding a motorcycle, kicking one girl down to the ground with his foot and beating another one up after having kicked her.

We therefore consider these aggressions a systematic campaign implementing a shameful persecution against Jewish citizens that is encouraged by a hidden force aiming to force them out of their country.

Magharebia: How did the island’s residents react to these transgressions?

Thabet: We have encountered disapproval on the part of the Muslim residents of the island. They have conveyed to us their condemnation of these acts, which to them are strange and inconceivable, especially the official authorities’ idleness in handling this sensitive issue which violates the basic rights of Tunisian citizens.

Magharebia: And how have politicians dealt with this issue?

Thabet: We have witnessed all components of the political scene resorting to bickering and status wars and neglecting citizens’ most basic issues. As a rule, political forces should pay attention and be aware of what is happening in the depth of society, because the foundations of a democratic society are rooted in the social basis and the elite cannot diminish it to mere stances in passing. Some Jewish citizens in Djerba even told me they were fed up with the rituals of political pilgrimage of certain governmental figures for a photo opportunity in festivities, as if they were in a nature reserve or some endangered species.

Yamina Thabet is adamant about protecting the Jews of Djerba, as you can see from this press conference she called on this same topic -which MEMRI translated:

I have never seen an Arab defend Jews this passionately.

The bad news is that these incidents, nearly a month ago, had not been reported in English (outside MEMRI) that I could find until today. (There were some French reports.) 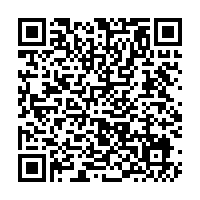