A lot of people say they can’t come on aliyah because they don’t know how they will make a living. The issue of aliyah and livelihood is a legitimate concern. For instance, here’s an email I received from a potential oleh seeking advice:

“I am a professional film producer based in NY who is looking to make aliyah.  My only reservation in moving to Israel is the lack of a job.  How can someone like myself, who was very successful in the business, and never compromised his Yiddishkeit, make a living in Israel?  I am not looking to make millions, just a living wage to support a family of six.  Do you have any suggestions?”

This is what I answered:


I’m not up to date on the film business in Israel, so I can only share some general thoughts. The Zohar teaches that our forefather, Avraham, searched for the place in the world where he could get as close to God as possible. This burning desire of Avraham was the catalyst that brought God to command him, “Get thee forth to the Land that I will show you.” To truly get close to God, the Jewish People have to be in Israel, serving God as a Nation, and not as mere scattered individuals and communities in foreign gentile lands.

Rashi explains that the double language of the verse, “Lech lecha,” literally meaning, “Go, go for yourself,” was to reassure Avraham that the move was for his ultimate good, and that it would bring him and his descendants great spiritual and material blessing. After all, it is no small challenge and test of faith to give up your country of birth, social standing, and livelihood to move to another land. And indeed, at first, things did not go easily for Avraham. When he arrived in Israel, there was a famine in the land! But, eventually, Avraham became a very rich and famous man.

This uncertainty, challenge, and difficulty, is common to all olim. The word “Canaan,” as in the land of Canaan, also has the meaning of humbleness and poverty. The lowering of one’s status is part of the immigration process, helping to break impure traits of pride and ego which prevent a person from forming a deep connection to God. Aliyah means to go up, and therefore, the first and foremost goal of each new immigrant to Israel should be spiritual – to get closer to God. When a person holds fast to this goal, clinging to it at all times, even through periods of difficulty and change, God’s bountiful blessings flow in its wake.

In practical terms, when you first make aliyah, you indeed may not be able to make a living as a film producer. You may have to get to know the right people first, learn the language, etc. You may have to make videos of bar mitzvahs and weddings to have some income coming in before you make the bigger, professional films that you are accustomed to producing in NY. Personally, I’ve made some money making videos in Israel for organizations and the Department of Education, and I’ve taught screenwriting at a film school in Jerusalem. I have several friends from the U.S. who work in the film business here on a regular basis, and they seem to be supporting their families. Even so, it may turn out that you won’t be able to find a niche in the film industry in Israel, and you may have to change your profession.

But always remember, “Is God’s hand too short that He cannot provide for you and your family?” Just like He provided for us in the Wilderness, He provides for us still today, each person according to what is best for his needs. Keep saying to yourself, “The Lord is my shepherd, I shall not be in want.” These reassuring words of King David should be your mantra during your planning stages and time of transition in Israel.

The main thing about your coming to Israel is not to make finding a job your Number One concern. Let me give two examples. A short time after I had made aliyah, I met an acquaintance from New York who had also recently moved to Israel, but who told me that he was going back to the States. When I asked him why, he explained that before he had moved to Israel, the Israel Aircraft Industries had promised him a more advanced job than his position in America. But when he arrived in the country, they could only give him the same level job he had in the past because of budget cuts. “Why should I stay here when I can get paid almost double in the States for doing the same job?” he told me.

The very next day, I met another friend from New York, who also informed me that he was returning to live in America. It turned out that his boss had been caught in an embezzlement scam and all the people he had hired were fired, including my friend. Even though my friend had been offered a very good job at another firm, he decided to pack his belongings and call it quits.

At the time, before I started studying in yeshiva, I was lodging in Jerusalem at the home of a saintly, 85 year old woman who was one of the secret Tzaddikim of the Holy City. I hadn’t come on aliyah with any savings, having blown my screenplay money on the vices of Hollywood, and this kind woman was happy to take me in as a non-paying boarder. When I asked her why God hadn’t worked things out for my two friends in a more successful fashion, especially since they had made the very idealistic move of immigrating to Israel, she answered: “They placed their careers over their love of the Land. A Jew has to set Jerusalem above his greatest joy. The Jewish People have been shedding their blood for the Land of Israel since the beginning of our history. The Land tests us when we come here. She makes things difficult at first to see if we really love her. Your two friends think that they are rejecting Israel, but Israel is really rejecting them.”

Rabbi Tzvi Yehuda HaKohen Kook, of blessed memory, explained this with a parable. He said it was like a girl who was set up on a shidduch with a guy whom she knew wasn’t for her. But she didn’t want to embarrass him. So she dressed up in dirty, smelly garments so that he would feel turned off. While he thought that he was rejecting her, in truth, she was rejecting him. So too, God, in His kindness, lets Jews who decide to leave Israel believe that they are rejected the Land, but it is really the Land that is rejecting them.

Surely, aliyah is the most difficult and challenging mitzvah – the true test of a Jew’s faith in God. But hundreds of thousands of new olim have made it, and so can you.

Hopefully, other readers will have even better words of advice.

May you remain strong in your holy decision, and may Hashem bless you and your family with success in the great adventure ahead. 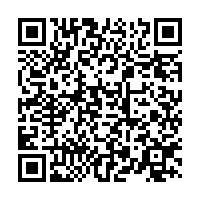