I wouldn’t quite call it a trend, but a growing number of women and girls in the Orthodox Jewish community are interested in wearing tefillin publicly. Two Modern Orthodox schools have made public statements that indicate they will allow, not encourage or discourage, their students to wear tefillin.

This has generated a lot of discussion, mostly negative, from within the Orthodox Jewish community. Some of the JewsNews sites have reported this bit of news in a very negative way. Some, to the very liberal side of Orthodox Judaism have embraced the decision.


The halachic background is not overly complex. Technically, tefillin should fall into the same category as all other time bound mitzvos. Lulav, Shofar, Sukkah, and daily prayer are also time bound mitzvos and are voluntary for women. The conclusion in the Talmud exempts women from tefillin. Some rishonim explicitly permit tefillin for women. Some explicitly prohibit it. The Rema famously discourages it. That is, he does not prohibit it, he just advises against it. Some of the Achronim explain why it would be prohibited or advised against.

Some people are assuming their intentions are less than perfect. That’s complete conjecture and not something worth discussing. But I think the halachic arguments are important. I also think that working out whether it’s permitted or prohibited is vital. But I think it’s misplaced in the context of the current issue. The discussion right now should not be whether it’s good policy or against our best interests to allow women to wear tefillin.

Instead, the discussion should be whether we tolerate women who want to wear tefillin in Orthodox Judaism. In other words, even if I disagree with their decision, is this something worth the cost of declarations and opinions that cast these women and these institutions in a negative light?

In other words, what are the stakes here? And why are they being presented as so great? What is going to happen if a few women wear tefillin? What’s the dire consequence that we must avoid at all costs?

I don’t see it. I think those who don’t want women to wear tefillin should just not wear tefillin or even teach their daughters that they don’t think they should wear tefillin. But I don’t see how doing a mitzvah can make someone unorthodox.

The opposition must identify something objectively wrong that will happen if we tolerate a few women wearing tefillin. Or even if we tolerate many women wearing tefillin. Until they’ve done so, I don’t think we can allow this difference to divide us. We’ve been able to avoid completely breaking apart over a million other things. I don’t accept that this particular issue is so vital that it must break us up now.

Where Am I: Boxed In 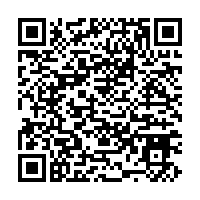