2016 was dominated by the US presidential election, additional terrorism in Europe, and a United Nations that continued to attack the Jewish State. Readership interest in FirstOneThrough continued to grow.

FirstOneThrough published 133 articles in 2016, down from the 2015 total of 151 articles. Despite the fewer posts, the number of visitors jumped by 35% year-over-year.

Israel and the United States continued to lead the readership, accounting for 70% of the views overall, down from 73% in 2015. The drop was due to the readership in Israel being flat, while readership around the world grew. Visitor growth from English-speaking countries was significant: Canada (+49%); United Kingdom (+46%); Australia (+14%) and South Africa (+125%). Overall, readership from those countries jumped to 18% of the total, up from 15% in 2015. Other countries that also saw an increase in viewership included: Netherlands; France; Germany; Sweden; Norway; and Brazil. Brazil saw the greatest increase year-over-year, jumping 167%.

The most popular stories of 2016 were:

The Countries that Acknowledge the Jewish Temple May Surprise You

The Only Religious Extremists for the United Nations are “Jewish Extremists”

In 2016, Facebook became an even more important source of viewers, jumping to 60% of referrers from 46% in 2015.  Search, The Jewish Press and Twitter continued to be the next important sources, but Facebook did not take share from any of those categories, as much as other referral sites.

Some of the global sites that have linked to the FirstOneThrough blog include:

Norway
SMA-Norge
Rights.no has taken information without properly sourcing the information and link to FirstOneThrough

Please continue to encourage others to join the blog.

The Top 10 Global Anti-Semitic Incidents of 2016 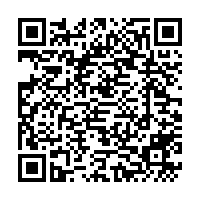