The quote of the week this week comes from Jim Hoagland of the Washington Post:

President Bashar al-Assad’s promise to dismantle his regime’s chemical arsenal inflicts greater strategic damage on Syria’s rebel forces than those weapons could ever achieve on the battlefield. He has drawn the world’s attention — and the hopes of increased U.S. support — away from the opposition’s grim struggle to liberate their Arab nation.

He has, in fact, made himself indispensable to the West, which now can’t afford to be seen sabotaging him.


From Israel’s point of view, this is good and bad. The good news is that the main purpose of those chemical weapons has always been to deter or someday attack Israel. If they can really be taken away from him — and that is a very big ‘if’ (see also here) — the balance of power between Israel and Syria will change in Israel’s favor.

In addition, Assad has always been a secular, rational actor who can be deterred, and whose ideology is primarily about staying in power. Rebel forces overwhelmingly are radical Islamists with irrational motives who may not be averse to suffering large casualties in order to achieve ideological/religious goals, including attacking Israel.

The bad news is that Assad’s Syria is a pipeline of all kinds of support from Iran to Hizbollah, the point of Iran’s spear against Israel, a a critical part of Iran’s plans.

This is because Iran could not use its bomb against Israel and survive. One well-regarded analyst wrote in 2007 that a nuclear exchange between Israel and Iran could result in 16 – 28 million Iranian dead. How much more practical for Iran to build up Hamas and Hizbollah under its nuclear umbrella, and then try to break Israel by means of conventional rockets and terrorism?

It seems to me that the best strategy for Israel toward Syria is to try to reduce Assad’s strategic capabilities as much as possible, while keeping him in power. Getting rid of his chemical weapons falls in this category.

But the head of the snake is in Iran. Israel needs to prepare for war with Hizbollah and an attack on Iranian nuclear facilities. While it is probably too late to wipe out Iran’s program, it can still be set back enough to allow breathing room to deal with Hizbollah and Hamas.

US policy, although not consistent or effective, presents obstacles. The Obama Administration seems to be tilting towards the Sunni Islamists of the Muslim Brotherhood and Turkey’s AKP, and against the military regime of Egypt, Saudi Arabia and Israel, all of which fear a nuclear Iran.

It seems to believe that the historic (since 1979) enmity of Iran toward the US can be defused. Iran, for its part, is running a “good cop, bad cop” routine, with Rouhani playing the white-turban role. It seems to be working.

As I wrote two weeks ago, the US seems to believe that an Iranian bomb is inevitable, and it has stopped and continues to constrain Israel from taking unilateral action. Israel’s biggest challenge now is to get free enough from American control so that it can take the necessary steps to ensure its survival.

The administration seems to feel that Islamism is the Next Big Thing in the Middle East, and is positioning itself to align with the Sunni and Shiite versions of it.

Of course this is diametrically opposed to the Enlightenment values on which the USA was founded, but that must be what Obama means by “change.” 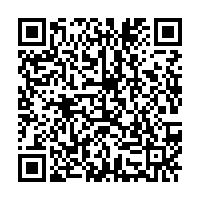