President Obama’s statement in response to the military coup in Egypt is remarkable:

As I have said since the Egyptian Revolution, the United States supports a set of core principles, including opposition to violence, protection of universal human rights, and reform that meets the legitimate aspirations of the people. The United States does not support particular individuals or political parties, but we are committed to the democratic process and respect for the rule of law. Since the current unrest in Egypt began, we have called on all parties to work together to address the legitimate grievances of the Egyptian people, in accordance with the democratic process, and without recourse to violence or the use of force.

The United States is monitoring the very fluid situation in Egypt, and we believe that ultimately the future of Egypt can only be determined by the Egyptian people. Nevertheless, we are deeply concerned by the decision of the Egyptian Armed Forces to remove President Morsi and suspend the Egyptian constitution. I now call on the Egyptian military to move quickly and responsibly to return full authority back to a democratically elected civilian government as soon as possible through an inclusive and transparent process, and to avoid any arbitrary arrests of President Morsi and his supporters. Given today’s developments, I have also directed the relevant departments and agencies to review the implications under U.S. law for our assistance to the Government of Egypt.


Although the diplomatic language doesn’t specifically say that it would please the US if the military were to turn around and restore Morsi to power — it says “a democratically elected civilian government,” not “the … government” and asks the army to avoid “arbitrary” arrests, presumably allowing ones for which the army can give reasons — it clearly expresses the idea that the coup is an unwarranted intrusion of authoritarianism to overthrow a democratic and legitimate regime.

Apparently, for Obama, the fact that the Muslim Brotherhood attained power after a more-or-less free election, outweighs the considerations that the Brotherhood’s own political principles are thoroughly anti-democratic, with the constitution it sponsored calling for clerical rule via shari’a, and inferior status for women and non-Muslims. It also condoned, if it it did not encourage, violence and murder against Christians, as well as employing torture and rape to suppress popular opposition. In addition, the impetus for the army’s action was nothing less than what has been called the largest political demonstration in human history.

All this can be ignored, it seems, because the regime came to power through an election, a distinction shared with Adolph Hitler and Hamas. Does anyone think that having achieved power, the Brotherhood would ever expose itself to a fair election again?

Although the official line is that the US was neutral, Barry Rubin explains what the Obama Administration did to help the Brotherhood:

Let us remember that four years ago Obama gave his Cairo speech sitting the Muslim Brotherhood leaders in the front row. President Husni Mubarak was insulted and it was the first hint that the Obama Administration would support Islamist regimes in the Arab world. Then Obama vetoed the State Department plan for a continuation of the old regime without Mubarak. Then Obama publicly announced — before anyone asked him — that the United States would not mind if the Brotherhood was in government. Then Obama did not give disproportionate help to the moderates. Then Obama pressed the army to get out of power quickly, which the moderates opposed since they needed more time than the Islamists to organize.

Many will say that the president of the United States cannot of course control events in Egypt. That’s true. But he did everything possible to lead to this crisis.

Rubin suggested this question for defenders of administration policy:

Does it bother you that the United States is backing a regime led by anti-American, anti-Christian, antisemitic, anti-women, and anti-gay rulers who are unrepentant former Nazi collaborators?

Now that the regime is overthrown, there will need to be a new policy. Let’s hope that this time it agrees with the president’s stated goal of “opposition to violence, protection of universal human rights, and reform that meets the legitimate aspirations of the people.” 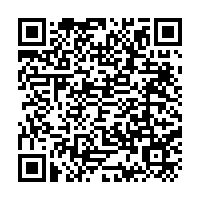