On Friday, I signed a contract to buy an apartment in Israel. I will be returning to live here again after 25 years. I am very happy about it for various reasons, including the fact that as an Israeli Jew I will be a member of a tiny minority of huge importance to the rest of the world.

We flew to Israel from Los Angeles. At the gate we were met by several buses which took us to a remote terminal where we boarded the plane. The buses were escorted by two airport police cars and an El Al security car, which also followed the plane as it taxied from the terminal to the runway from which it took off.


As far as I know, no other airline gets this special treatment. In a way, it is flattering to know that I am so important that many people want to kill me.

Israel is special at the UN, too, where the Human Rights Commission and the General Assembly devote so much time, effort and (mostly Western) cash to condemning it and pretending that the ‘Palestinians’ are a nation in any sense other than as a negation of the Jewish nation. They pretend that the Palestinian Arabs are important, but everybody knows that it’s all about us, especially the Palestinians themselves (this is one of the reasons that they are so angry and frustrated all the time).

There is also the special treatment we get from Europe. Did you know that one thousand legal scholars and jurists recently delivered a petition to EU foreign policy head Catherine Ashton explaining that contrary to the EU position, Jewish settlements across the Green Line are legal under international law?  The EU doesn’t boycott, for example, Turkish ‘settlers’ in northern Cyprus, but we are more important, so a special policy is implemented for us.

Then there is the clever US State Department which prefers ‘illegitimate’ to ‘illegal’. Somehow this is supposed to be a meaningful distinction in this context, but all I can think of is that someone’s parents were unmarried. They include Israel’s capital, which has been the seat of its government since the founding of the state in the illegitimate part. No other nation is so honored!

I am even more proud of the fact that the great United States finds it necessary to spit on us by forcing Israel’s government to release more than a hundred terrorists, all of whom were either convicted of murder (sometimes multiple murders) or of crimes related to murders. Some of these murders were remarkably evil and gruesome, and it’s unimaginable that the US would do something similar in its own homeland. But we are really important and special, so we are required to accept this.

I understand also that the US and EU were ‘furious’ that Israel’s Prime Minister recently announced that perhaps a thousand new homes for Jews would be built someday in places that they consider illegal or illegitimate. The argument is that this construction would create facts on the ground that would prejudice a future peace agreement. Of course, not a peep was heard a few months ago when Israel announced that it would build housing for Arabs in the same area. What else does this prove except that Jews are more important than Arabs?

Speaking of Arabs, Israel’s neighbors Egypt and Syria are presently displaying their truly shocking barbarism by engaging in vicious religious/ethnic civil wars, bombing, gassing, shooting and raping each other with abandon. The status quo in Israel is peaceful, and the economy — both of Israel and the Palestinian Authority — is excellent. So you would think that the focus would be elsewhere rather than Israel.

Nope — our importance is illustrated by the fact that the ‘international community’, led by President Obama, thinks it’s worthwhile to destabilize us also! 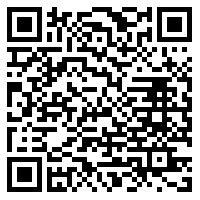