The scenes on the computer screen were vile. Men dressed in black and white, many with hats and tzitzit flying, were raging out of control against…no, not against a Shabbat violation; not against a man holding his wife as an aguna; not against an Arab attack. No, the rioting (at one point–around major arteries of the country) was related to the IDF. The rioters were protesting the arrest of a draft dodger.


I’ll get back to that in just a minute. But just in the past day, an issue came to light about a related topic. Police have uncovered a scam that was being perpetrated in the Haredi community. Simply put, those who would potentially be drafted were “counseled”how to get out of it by feigning mental illness. “Learning” how to do that cost tens of thousands of shekel.

But, let’s return to the rioting.

If a community wishes to show its displeasure with public policy, with various actions of private or public individuals, they have the right to protest. What protesters NEVER have the right to do is to block streets, prevent emergency vehicles from moving, destroy public property, burn garbage bins or cause a public disturbance. ALL of those actions were perpetrated of late and, at the same time, caused a HUGE chillul Hashem (profanation of G-d’s name). The horrific things said about those who are serving in the army and the entire way that a percentage of the community relate to the IDF is despicable, reprehensible and deserves to be dealt with in the most severe ways possible.

I would like to propose that the following actions be taken against those who can be identified by police and/or investigators:

A) Any rioter who threw stones or other objects at police should be jailed for no less than three years, with no opportunity for parole.

B) Any family member of one arrested in note A above, who currently receives a stipend from the government to learn in a Yeshiva will have said stipend cancelled.

C) All of those in B above will be drafted into the IDF.

D) Those who damaged public property will pay the city for the replacement of said items.

E) Anyone caught having injured any security officer will face jail time and the following financial penalties:  1) Pain and suffering of the officer; 2) Medical bills; 3) Lost wages; 4) damages; and 5) Any embarrassment (Yes, the same five things Halacha dictates to be paid in cases of personal injury. The very same Halacha many of these hoodlums learn in Kollel.)

Now, before people accuse me of Haredi-bashing, let’s set the record straight: I DON’T CARE WHO THE PERPETRATORS ARE IN THESE KINDS OF ACTS. IF IT A HAREDI INDIVIDUAL OR A LEFTIST DRAFT-DODGER OR ANY OTHER PERSON! Unless you are preventing a terror atrack, there is never good reason to block streets. If Dati Leumi protesters block roads or throw rocks at police, it is the same vile problem. The penalties should be the same; the jail time should be the same and the compensation should be the same.

However, the egregiousness of the acts in the Haredi community in this case are more heinous than most other populations. In MANY cases, money is given to the community by the very same government they believe is “treif” and in whose army they wish not to serve. It is ok for the children and grandchildren of my friends to serve in the IDF and put their lives on the line to PROTECT ALL ISRAELIS and ALL populations; yet, “they” need not serve. Why not?

Please do not pretend to have a higher moral ground in this area. You can not take money from the government and spit in its face. You can not then use some of that money to pay off people to “teach” you how to act “crazy” to get out of army service. Besides, in many cases that was a waste of money. Many seemed to have learned how to do that all on their own. 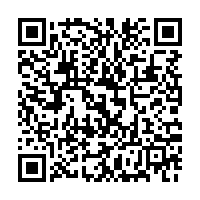