This is the saddest post I have ever had to write. I have covered terror attacks and ideologies that are filled with hate for Jews as well as for Israel, but due to several Jews who call themselves religious and are on Twitter constantly bashing both Israel and Jews, I was forced to write this post.

Seeing Israel’s enemies online tweet about their wish to destroy Israel and then quote these “religious” Jews as a source, it is clear that these self proclaimed religious Jews are nothing more than a cult who have perverted both the Torah and the Talmud.


I am sure you have seen them on Youtube meeting with the worst of Israel’s enemies as well as demonstrating together with Islamic terrorists who are screaming for Israel’s destruction.

Jews who call themselves religious demonstrating together with radical Muslims. Behind them you can see the Hizbollah flag. Hizbollah has sworn to physically destroy Israel and annihilate the Jews living here.

A Jew who calls himself religious kisses Mahmoud Ahmadinejad who has stated his goal of nuclear destroying Israel.

Jews claiming to be religious meeting with Hamas leader who has sworn to annihilate all Jews, not just Israel.

Perhaps the picture that most appropriately shows these Jews as anything but religious is the picture that was taken in Europe when a group of these self hating, self proclaimed religious Jews stood with radical Islamic anti semites and gave the inverted ‘Heil Hitler’ salute

How Can Jews Who Call Themselves Religious Act This Way?

Let’s start by clarifying that they are not religious. They have put their own ideology before Torah and have misquoted both Jewish law as well as the Talmud in order to justify their hatred for other Jews.

Here is the complete history along with the misquoted Jewish texts that groups within Satmar and the Neturei Karta use to justify their bashing of Israel.

I want to make one thing perfectly clear, these fringe groups do not represent Judaism in general or even Ultra Orthodox communities. They represent only themselves and the majority of religious Jews do not accept their opinion.

The Talmud —  The self hating anti Israel ideology is based on the Jewish Talmud.

CORRECTION! — This self hating ideology is based on a perverted interpretation of the Talmud.

It All Started In Tractate Of Ketubot

There is an Midrash Agada (Non Ruling Talmudic passage)  that is brought down on page 111A of Ketubot that speaks about the holiness of Israel as well of a number adjurations God asked of people.

These are called the 3 Shvuos (adjurations) and they are the base for the anti-Israel “religious” view. 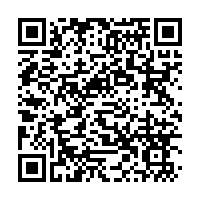