Sometimes the writing is on the wall, but everyone (on the left) just refuses to see it.

A Jordanian soldier killed 5 people this week, according to the NYTImes, friends and relatives were “flummoxed” that a soldier loyal to the government would do such a thing.


But weren’t the warning signs there, open for all to see, if they weren’t biased by anti-Islamophobia?

Neighbors said Anwar was religious even as a boy, and had made pilgrimages to the holy cities of Mecca and Medina 11 times in his short life. He married a woman who cloaks herself in a full veil, and they went to the holy places on their honeymoon. The king’s offices paid for another trip to Mecca and Medina because Mr. Saad was accompanying his mother, a military widow. The army paid for a third after he won a Quran-memorization contest, said the cousin, Raed.

Nothing too obvious there.

Yesterday, in Haaretz, one sociologist wrote that the Arab terrorists in Israel are “relatively deprived“. They have it very good, but they feel deprived of something in their lives, so they go out and kill Jews.

The rich and successful Palestinians are not the ones out stabbing Jews. They do not feel relatively deprived. They want this to stop. No one will feel the pain of relative deprivation more than the young, those who cannot understand why their counterpart on the other side of an arbitrary line should have what they cannot.

Disagreeing with the sociologist is Bassam Tawil who writes how the families of the terrorists he met were well-off, they are from financially comfortable and even successful families, some of the families owned companies, they were almost all highly educated people, and were employed (think: the Bezeq terrorist).

A few years ago, political correctness and the sociologists excused violent behavior and terrorism under the label of “micro-aggression“. Now a sociologist and Ha’aretz have created an excuse which Jameel has dubbed “micro-deprivation“. (I love that term – thanks Jameel).

In the NYTimes, the father of one of the child-terrorists, also disputes that Ha’aretz theory:

“I am extremely shocked,” Ihab Alqam said. “My son Ali did not seem as though he was angry about anything. In fact he is the one that is spoiled the most.”

Let’s repeat that, his terrorist son was spoiled the most.

Hmmm… perhaps that does make a case for “micro-deprivation” after all.

The article tries to blame yesterday’s leaked interrogation video (in fact, all the videos are to blame, but not for the reason they claim), but here, at the end, is another clue.

But there was no sign of contrition in the refugee camp, nor any indication that the adults might restrain their children.

The adults don’t try to restrain their spoiled children, and they’re all screaming “Allahu Achbar”. 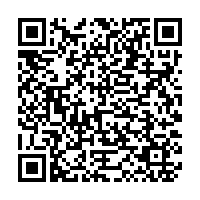