I wanted my mother to come and see how absurd it is for the entire world – including virtually the entire Jewish world, and that includes most Jews who think of themselves as pro-Israel – to refer to the Jewish towns and communities beyond the 1949 Armistice Line as “settlements” in the “West Bank.”

But I never anticipated she would be at my side as we heard and saw, from a distance of just a few miles, a horrific terrorist attack.


This was the attempt by an Arab terrorist to run down and murder several Jews – any Jews, it didn’t matter who – with his car. When he failed to hit anyone, he jumped out of his car and began stabbing Jews who were just standing on the side of the road at a bus stop.

It happened yesterday, and by now most people who care about Israel have heard about Nov. 10, a day of rage, sadly one of many, a day of disparate attempts to murder as many Jews as possible. Attacks took place within the ’49 Armistice Lines and outside of them. It doesn’t matter, they want to kill us wherever we are.

One of the stabbing murders took place in Tel Aviv.

Just a few days ago one of my daughter’s friends, a young woman who is studying in Israel also this year, told us she really likes to go to Tel Aviv.

“Because I never have that weight on my shoulder, wondering if there is going to be some horrible terrorist attack, like we have in Jerusalem.”

Everywhere Jews try to live normal lives in their own state, the one country Jews are supposed to feel safe. The one place from which we can’t be thrown out, hunted down or forced to convert. So far it’s still true, but even here it is becoming harder and harder and in my opinion it is because we apologize when we try to protect our people.

For some inexplicable (to me) reason we still have a greater fear of offending those who either hate us or who sympathize with those who do, than we do of constantly burying our own. Our own who die as a direct result of hatred towards us.

My mother and I were just starting our walk back from another residential area here in Efrat when we heard the first siren. I was on the phone with my younger daughter, it was around 5:00. We were discussing when she was going to walk over to the house for dinner. Her classes had ended for the afternoon and she didn’t have to be back at the seminary until 8:30 p.m.

She remarked that she could hear the siren over the phone and also outside of her building. Mom and I walked down to the main road to start back when the catch in my stomach grew. I kept hearing more sirens and seeing ambulances and police cars race by and out of Efrat, heading east.

There were too many.

My mother said there must have been a car accident, but I didn’t think so.

I could see from where we were walking that the emergency vehicles were congregating near a place I know well. Alon Shvut. It’s one of the Jewish communitites in Gush Etzion. It’s right next to where the big supermarket and the gas station are.

It’s also right next to the spot from which the three Jewish teenagers were kidnapped in June. The boys – we all called them “Our Boys” whose abduction set off a manhunt for two weeks, ending with the discovery of their bodies. Our boys: Eyal Yifrach, Gilad Shaar and Naftale Fraenkel. 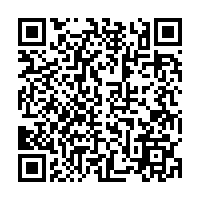