One of the most shameful episodes in United Nations history was when Yasser Arafat threatened (after removing the gun from his holster): “Today I have come bearing an olive branch and a freedom fighter’s gun. Do not let the olive branch fall from my hand.” That threat bullied the United Nations into granting the Palestinians observer status at the United Nations. One year later the UN passed resolution 3379, stating “Zionism is racism.” Seventy-five countries agreed with this sentiment about Zionism. Ultimately, the resolution was revoked, but the stigma against Zionism remained.

While not all anti-Zionism is based on antisemitism, it’s difficult to divorce the two from each other. The International Holocaust Remembrance Alliance (IHRA) principles of antisemitism include, “Denying the Jewish people their right to self-determination, e.g., by claiming that the existence of a State of Israel is a racist endeavor.” Zionism is a political movement that aims to achieve and protect the Jewish right to self-determination. When one objects to Zionism, they object to the right of self-determination for the Jewish people – which is antisemitic. It’s no coincidence that a 2021 report on antisemitism from ADL’s Center on Extremism found anti-Israel groups on U.S. college and university campuses frequently demean and ostracize pro-Israel Jewish students, and occasionally descend into antisemitism.


When trying to understand anti-Zionism, the most frequent motivator is antisemitism. Thousands of years of research has offered a myriad of theories as to the causes of antisemitism, but no definitive cause has been demonstrated. In an ironic twist, some of the theories are themselves antisemitic! People who hate Jews – for whatever reason – obviously don’t want the Jewish people to have their own state on their own land. Antisemitism often presents as anti-Zionism.

The Jewish people aren’t just a religion, they are a nation. A Jew who doesn’t maintain Judaism as part of their life, having rejected the Torah’s values and axioms, is still a member of the Jewish nation. All nations deserve the right of self-determination. The nation of the Jews, historically known as Israelites, deserve to determine their own future. Anti-Zionists view Jews as belonging to one religion, not one nation. Their denial of Jewish nationhood is a more heinous immorality than their hatred of Zionism, but one undoubtedly leads to the other.

Inherent to the values of Zionism is proclaiming the movement and its values’ legitimacy. For two thousand years the people of the world, whether they were pagan, Christian or Muslim, denied the Jewish people their rights as a nation. Zionism dreamed that Jews should be equal to the other nations of the world and reclaim their rights. Allowing others to decry Zionism as racist, illegitimate or without validity is to abandon the battle Zionists have successfully fought for over 150 years.

Many argue that Zionism is a movement past its expiration date. They claim that Zionism aimed to establish a Jewish homeland in Israel, and it achieved its goal in 1948. Now that there’s a state of Israel, Zionism is no longer a necessary movement. But Zionism is the philosophical backbone of the continuous existence of a Jewish state and as long as the world lends credence to anti-Zionists, it remains a necessary cause. Zionists must stand up for themselves and their rights. 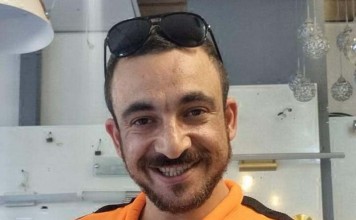 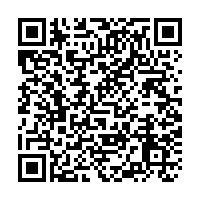