Since the debate there’s been a lot of analysis as to whether the President designated the attack on the U.S. embassy in Bengahzi, Libya, an act of terrorism.

Throughout most of his speech on September 12th, Obama did call it an “attack” and then later in the speech after discussing the attacks of September 11th, 2001, he said:

Of course, yesterday was already a painful day for our nation as we marked the solemn memory of the 9/11 attacks. We mourned…. As Americans, let us never, ever forget that our freedom is only sustained because there are people who are willing to fight for it…  No acts of terror will ever shake the resolve of this great nation, alter that character, or eclipse the light of the values that we stand for.


So it wasn’t clear that he was referring to the Benghazi attack as a terror attack or whether he was speaking about the 9-11 attacks or both. The New York Times reported this morning that on Sept. 13th, at a campaign speech, Obama had said:

And we want to send a message all around the world — anybody who would do us harm: No act of terror will dim the light of the values that we proudly shine on the rest of the world….

As they didn’t give the context of the statement, we are left to trust them that he was talking about Benghazi.

Then for about a week, administration officials described the attacks as part of a protest-riot against the the U.S. over the “Innocence of Muslims” video which got out of hand. As Romney attempted to point out during the debate, U.S. ambassador to the U.N. Susan Rice called it “a spontaneous, not premeditated attack response” which was attended by “some individual clusters of extremists who came with heavier weapons.” (Here’s a link to a catalogue of quotes from the administration about the attack from the Times).

CNN points out that when he was on “the View,” Obama was asked about how Hillary Clinton had called the attack an act of “terrorism” and whether that was the case. Obama responded saying, “we’re still doing an investigation….”

This looks like a case of semantics overshadowing the main point. Obama did not believe the attack was an act of terrorism. He and his administration’s initial reaction was to play down its significance of the attack. Remember, this is a President who banned the use of the term “War on Terror” in his administration. That’s the point Romney is making and that’s what the discussion should be about.

Here’s a good explanation of what the President was referring to when he said “act of terror” in the Rose Garden:

And here’s the debate’s moderator Candy Crowly explaining what she said: 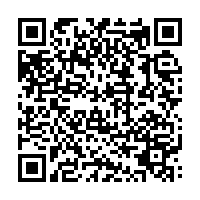