Prime Minister Binyamin Netanyahu: It’s good to have you again, Secretary of State John Kerry. John, you’re a welcome friend, and it’s good to welcome you back in Jerusalem.

OMG, you again, Kerry! With friends like you, who needs enemies? Did you know that “Shalom” also means “good-bye”? So, shalom and get lost.

Secretary Kerry: Thank you, my friend. Well, Mr. Prime Minister, my friend, Bibi, I am very, very happy to be back in Israel. It’s always a pleasure for me to visit. And I have visited here so many times, as a United States Senator, and now as a Secretary of State.

Same to you, Jew boy. Believe me, I have better things to do than let you waste my time. I have visited Israel so much I almost feel like a Jew. Enough already. And I sick of falafel. So just shut up and sign the peace pact so I can visit Dubai. The hotels are fancier there.


Netanyahu:. We believe that in a final deal, unlike the interim deal, it’s crucial to bring about a final agreement about determination of Iran’s military and nuclear capability. I have expressed my concern since Geneva that the sanctions would begin to unravel, and I think steps must be taken to prevent further erosions of sanctions.

We trust the United States will sell us down the river in a final deal with Iran like it did in the interim deal.

Kerry: With respect to the sanctions, we will obviously be vigilant. We say to any country that contemplates moving ahead of sanctions, don’t, because those sanctions will continue to be enforced. The fundamental sanctions regime of oil and banking remains absolutely in place. It is not changed, and we will be stepping up our efforts of enforcement through the Treasury Department and through the appropriate agencies of the United States.

The United States is easing up sanctions on Iran because that is one of the reasons Obama was awarded the Nobel Peace Prize.

Netanyahu: Now, on the Palestinian issue, I want to say that Israel is ready for historic peace, and it’s a peace based on two states for two peoples.  Now, if this process is going to continue, we’re going to have to have a continual negotiation. And I hope the Palestinians are committed to this goal as well.

Israel is ready for peace based on one state of Israel for two peoples – Ashkenazim and Sephardim. You want us to have peace with the Palestinian Authority? Move it  to Jordan.

Kerry: When I first came here – I think in 1986 – I spent a week and traveled to every part of the country, climbed Masada, bathed in the Dead Sea, went to Galilee, the north, visited Kiryat Shmona, where kids were having to hide from rockets, Katyusha rockets, then indiscriminately attacking them from Lebanon. And I have seen the rockets in Sderot from people who were taking cover from Gaza.

So I understand the challenge of security that Israel faces. I understand it very well. And I join with President Obama in expressing to the people of Israel our deep, deep commitment to the security of Israel and to the need to find a peace that recognizes Israel as a Jewish state and recognizes Israel as a country that can defend itself by itself.

I climbed Masada and almost had a heart attack. I bathed in the Dead Sea, visited the Galilee and Negev where I saw with my very own eyes children. Therefore, I am an expert on Israel’s security. Obama and I are committed to Israel’s security based on Israel’s Jewish majority. Therefore, we will help defend Tel Aviv, at least until the Bedouin take that over, too.

Netanyahu: I want to thank you, John, for your tireless effort. I use that word carefully, “tireless” and indefatigable. You continue to pursue this quest for peace. I appreciate it, and I welcome it. And I also welcome the opportunity to continue our discussions this evening and tomorrow and beyond. So welcome to Jerusalem, again.

Kerry, get lost. I am sick and tired of your tireless effort to screw us, and I welcome the opportunity for you to leave – forever.

Kerry: I believe we are making some progress, and the parties remain committed to this task. Once again, Israel’s security is fundamental to these negotiations. General John Allen – President Obama has designated him to play a very special role in assessing the potential threats to Israel., General Allen and I provided Prime Minister Netanyahu and his military leadership with some thoughts about that particular security challenge.

The peace talks are dead because Israel insists on its remaining in existence. I am here with General Allen, Obama’s pawn who left Afghanistan in the hands of terrorists and who came here to teach Netanyahu a thing or two about war, which America almost never has had to fight on its own ground.

I look forward to visiting the Palmachim Airbase because I want to see firsthand the remarkable ballistic missile defense technologies in place that our nation has spent over 20 years building with our friends here in Israel in order to protect Israel. And the advancement of these programs in recent years I think is a reflection of President Obama’s and his Administration’s strong commitment, unwavering commitment, to Israel’s security.

I will visit the base of missile defense systems that the United States has helped build to make sure you guys think you can’t do without America. Our aid shows our commitment to keeping the U.S. military-industrial complex alive and healthy.

The bond between the United States and Israel is unbreakable. And while occasionally we might have a difference of a tactical measure, we do not have a difference about the fundamental strategy that we both seek with respect to the security of Israel and the long-term peace of this region.

Our eternal ties with Israel will last so long as Bibi does what we tell him to do. Sure, we have a few differences. When Obama says, “Bibi, jump in the lake, there is a question of whether he does it foot first or head first. I think Israeli can decide for itself how to drown.

Thank you, Prime Minister, for this lovely photo-up. You really are better looking than Catherine Aston, but that doesn’t say very much. 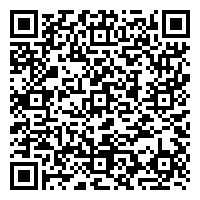