{Originally posted to the authors’ blogsite, This Ongoing War}

He appears to crave publicity. And he gets plenty of it in parts of the mainstream news-reporting industry where his self-flattering claims to being a peace-maker are taken seriously.

He also gets his op eds published in the likes of the New York Times, The Guardian and the Washington Post; is a featured interview subject on the BBC, Aljazeera, PBS and NPR; and manages to insert himself into what he calls “the forces of moderation in this region“.

Some serious talent there.

But for our part, we have long felt that Saeb Erekat (and his under-appreciated ability to issue and then serially retract dramatic resignations over several decades) gets less attention than his self-promoting showboating, stunning flexibility in invoking history and outlandish disrespect for truthfulness would justify.

Erekat calls Palestinian prisoners — many held for terrorism — ‘heroes’ | Top Palestinian negotiator says men and women in Israeli jails are worthy of ‘admiration and honor’ | October 28, 2016, 7:28
The Palestinians’ top negotiator with Israel, PLO Secretary General Saeb Erekat, has praised prisoners held in Israeli jails — many of them for terrorist acts — as heroes deserving of “admiration and honor.”
Erekat was quoted by official Palestinian Authority newspaper Al-Hayat Al-Jadida as saying: “Our brave prisoners, who gave and sacrificed their freedom for Palestine and its freedom, are worthy of aid, support and constant activity by us in order to release them and put an end to their suffering.”
According to the quote, translated by Palestinian Media Watch on Friday, Erekat added that the Palestinian people “bow our heads in admiration and honor of the prisoners’ sacrifices, for their acts of heroism, and for their ongoing battle with the occupation.” [Times of Israel, October 28, 2016]

Did we make clear that this is the kind of thing Erekat, a skilled veteran player of the media, prefers to say in the Arabic language. Why would that be?

The Palestinian Media Watch report [here] on which the Times of Israel article is based quotes some examples of “heroes deserving of admiration and honor” like those (or perhaps precisely those) covered by those recent utterances of Ereket:

And in case it’s not entirely clear to readers how influential Erekat is within his own Arabic-speaking milieu, keep in mind his current public roles include being Secretary-General of the PLO Executive Committee and a Central Committee member in the dominant Fatah faction. That’s before we pay attention to how much the world’s most important media platforms burnish this man’s standing, providing him with a world-class megaphone for views that it’s generous to called bigoted and loathsome.

An IDF court on Wednesday sentenced 16-year-old Palestinian Morad Bader Abdullah Adais to life imprisonment and an NIS 1.75 million (about $458,500) fine for the January slaying of Israeli mother of six, Dafna Meir, in her West Bank home. Meir was murdered by Adais as she painted the outside of her home in the Hebron-area settlement of Otniel on January 17. Three of her children were home at the time. A statement from the IDF said the court found that Adais should never be set free, calling it the appropriate punishment for carrying out such a murder “with abnormal cruelty and in cold blood.” The court recommended that any panel which considers the case in the future not grant him early parole. Adais was arrested in the West Bank village of Beit Amra on January 19, two days after he killed Meir in the nearby Jewish settlement of Otniel and fled the scene. He confessed to the killing. He was indicted in February on charges of murdering the 38-year-old mother of four and foster mother of two in the entryway to her home, located just south of Hebron. He was convicted in May for murder and illegal possession of a knife. Prior to carrying out the deadly attack, Adais watched “Palestinian television broadcasts which portrayed Israel as ‘killing young Palestinians,’” a statement from the Shin Bet security agency said after he was captured. “On the day of the murder, while under the influence of the programs he had been exposed to on Palestinian television, the minor decided to commit a stabbing attack with the goal of murdering a Jew,” the statement read.
During his interrogation, Adais described fighting with Meir as her children looked on in horror. “She started screaming, the children saw me and also started screaming, then I stabbed her in her upper body another three or four times. She tried to fight me and tried to take the knife from me. The two children who were there were still screaming, but she continued to resist, so I pushed her, and overpowered her,” he said, according to a partial transcript of his interrogation released by the Shin Bet. When asked by the investigator what he would do if allowed to go free, Adais said: “I would go Al-Aqsa mosque, even if I was killed, and on the way I would kill as many Zionist Jews as I could.” [“Teen given life in prison for ‘cold-blooded murder’ of Dafna Meir“, Times of Israel, November 3, 2016]

Astoundingly Erekat, who means makes clear that he barbarians like these when he praises “heroes”, keeps getting invited to appear on global TV programs and keeps being taken seriously. We’re baffled and depressed by this phenomenon. We wonder how the editors who do it manage to sleep.

And it’s not just words.

When the leaders of the Palestinian Authority want to show their appreciation for acts that advance their cause, they give money – vast amounts of it. They don’t actually possess much, as they obsessively remind whoever is listening, but wealthy friends in other countries give as needed. Those wealthy friends include the governments of the UK and Germany, both of whom have finally, at least for the moment, discontinued the funding of what we call the PA’s Rewards for Terror scheme. France and Norway, among others, continue to be active funders.

PMW’s April 2016 report “The PA’s billion dollar fraud | The PA’s claim that it no longer pays salaries to terrorist prisoners is false” is an invaluable resource for anyone wanting to get past the dopey and misleading news articles that have played a key role in allowing this open scandal to continue for so many years.

Under the PA’s policies, as top-level senior terrorists, Al-Sayid and Barghouti currently get paid at least NIS 6,000 per month, substantially more than most Palestinian Arab senior civil servants. (The size of the scheme’s monthly payments rises with the number of years a convicted terrorist serves in an Israeli prison.) Hamed joined them in that bracket a couple of months ago when he entered the eleventh year of his sentence.

Dafna Meir’s killer, Adais, assuming he is not freed before he rises to their level of seniority, is likely to get the same. Saeb Erekat will appreciate that. 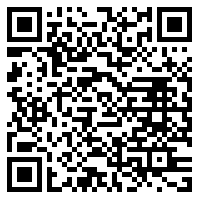