Speaking at the Two States for Two Peoples on Two Sides of the Jordan Conference, Mudar Zahran, a Jordanian-Palestinian pro-democracy activist, proclaimed, “When we talk about the situation, we must go back to the Ottoman occupation.” He explained that the Faisal-Wiesel Agreement of 1919 designated 77 percent of historic Palestine  to the Arabs, and that the remainder  was to become a Jewish state. He explained that by depriving Palestinians of their basic citizenship rights in Jordan, the current Hashemite Kingdom is denying the nation’s very raison d’être, which is to be a state that respects the democratic rights of all its citizens, including the country’s Palestinian majority.

“There was an agreement with the Hashemite to make Jordan the homeland of the Arabs. The Hashemites didn’t keep the promise,” Zahran proclaimed. “After 46 years, we are refugees.” Zahran said that most of the Palestinians living in Judea and Samaria have Jordanian passports, yet are prevented from exercising citizenship rights in Jordan. He noted that it is very difficult for Palestinians living in Jordan to do basic things, such as register the births of their children and get a driver’s license, explaining, “Hamas members have more rights in Israel than I have in my country.”


Zahran stated that if Jordan respects the human rights of its Palestinian citizens and offers Palestinians living across the world Jordanian citizenship, the Palestinian refugee crisis could be solved and a two-state solution that doesn’t jeopardize Israeli security could come into fruition. Israel could hold onto all of the Jewish communities in Judea and Samaria as well as Jerusalem, while stateless Palestinians across the globe could make their home in Jordan. He views the Arab Spring as a catalyst for genuine peace between Israel and the Arab world.

Zahran stated that the Palestinian community in Jordan isn’t extreme and should they succeed in their revolution, they want to focus their emphasis not on building a strong army to destroy Israel, but on eradicating poverty. “We realize that we tried to destroy Israel twice and failed both times,” he said.

Zahran doesn’t believe the prospects for peace will be good if Israel continues to negotiate with the Palestinian Authority, which will “only bring about more violence.”  Zahran asserted that the Palestinian Authority is unstable and that once the elderly PA leader Mahmoud Abbas steps down he will have no replacement. Zahran expressed that Israel should be looking for alternative solutions to the Palestinian-Israeli conflict and claimed that Jordan’s Hashemite dynasty is rapidly declining, with the Jordanian king himself predicting his own fall from power within the year. Without the Hashemite dynasty as a “buffer zone” between Israel and the pro-Iranian axis, Israel will clearly need a plan b.

Zahran stated that the Muslim Brotherhood is not popular in Jordan but has excellent media access and financial support. Zahran emphasized that it will be very difficult for the popular secular community in Jordan to win democratic elections without support from “all of those who care about peace in the Middle East.” If secular factions are succesful, Zahran envisions a Jordanian state for all its citizens that will solve the Palestinian refugee crisis and seek peace with Israel.

Currently, Zahran is more concerned that without the West’s support for secular freedom and democracy, Jordan will become “Hamas-stine” rather than Palestine. Furthermore, Zahran added that he could not help but admire the freedom and technological advancement in Israel, stating that someday he hoped his country would become like Israel. 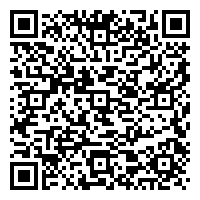