The Jewish media are very upset this week (Is there like a memo that goes out alerting everyone what to be mad at now? And how come no one let’s me in on it?), on account of the Baroness Catherine Ashton, High Representative of the European Union for Foreign Affairs and Security Policy, making a statement in honor of Holocaust Memorial Day and not mentioning the Jews even once.

Look at the dates picked for Holocaust Memorial Day and Yom Hashoah. The former, being international and all, picked the Auschwitz day of liberation, because that’s when the allies finally got around to saving the Jews; and the latter, being Israeli, falls on the Warsaw ghetto uprising, meaning, we liberated ourselves, thank you very much. It’s so obviously political in both cases, it’s cynicism incarnate.

What does it mean to me when half the Knesset is flying to Auschwitz to walk among the ashes and look sad? I don’t think they know what they’re doing about the living, why should they be expected to do anything meaningful about the dead?

Every Yom Hashoah, the Israeli press catches a Haredi guy who dares to continue walking while the country stands at attention in honor of the siren permeating the April air from Eilat to Metula. And I secretly applaud this guy who is brazen enough to show the world what he thinks about their commemorations. I’m a coward, so I stay at home, in my seat.

I do honor the Israeli Memorial Day, on the eve of Independence Day. It’s a legitimate event. But the Holocaust cannot possibly be a matter of states and organizations. Which is why I applaud the fact that Ashton has done so much to remove the Jewish aspect of her memorial thing.

There are two dates in which I participate in our national commemoration of the killing of my family. One is the Tenth of Tevet, which the Israeli Rabbinate innovated to be the Kaddish day for the Shoah victims whose date of death is unknown. And so I stand up in shul and say Kaddish for my holy grandfather, grandmother, six aunts and uncles and their children. I feel connected to them on that day, and I’m also pretty sure they can hear me. In my head I hug every one of them (we were Ger Chassidim, but we weren’t so makpid on negiah-touching), and tell them how much I miss them, and how sorry I am for the horrors that ended all their lives.

Then, on the Ninth of Av, I spend the entire day screaming at God for allowing my loved ones to be murdered. I tell Him just how angry I am at Him. I even show him my anger by not putting on Talit and Tefillin until Mincha. What were You thinking? I cry at Him. You took the people who loved You so much and just let them be devoured by pigs? How could You? 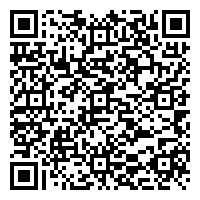