Israel is planning to return use of the Green Pass program as part of its strategy to fight the spread of a fourth wave of COVID-19, this one due primarily to the Delta variant first identified in India.

The extremely contagious strain has raced around the world, forcing governments to re-evaluate their action plans to fight the coronavirus.


In Israel, the number of people becoming infected – and in some cases, reinfected — with COVID-19 is again skyrocketing exponentially in a fourth wave since the start of the pandemic.

Unlike the last three waves, however, this time at least half of those becoming infected are Israelis who are fully vaccinated against COVID-19.

The rate of infection and data indicating the vaccine is not as effective against the Delta variant as they are to other strains have prompted the Israeli government to resurrect the “Green Pass” program that only weeks ago was considered no longer necessary.

The Health Ministry reported Tuesday, however, that data from a recent analysis finds the effectiveness of the Pfizer BioNTech vaccine, administered to the vast majority of those who were inoculated in Israel, fades over time.

Figures presented Monday night at a meeting of the ministry’s Epidemic Management Team indicate that protection from COVID-19 among those who were vaccinated in the country dropped by 42 percent since the start of the government’s immunization campaign.

The Coronavirus Cabinet is set to meet on Wednesday to formally resurrect the Green Pass program following Health Ministry figures that show there were 1,379 new cases of the coronavirus diagnosed on Monday alone.

It’s the highest number of COVID-19 cases diagnosed in one day since March.

The vaccine was believed to protect inoculated adults from severe infection and hospitalization at the very least – but this week’s figures say otherwise. According to the latest data, there has been a drop in such coverage of up to 60 percent among Israelis who were among the first to be vaccinated.

The mitigating factor here, however, is that most of those inoculated first in the country were senior citizens, age 65 and older, since they were believed to be most at risk.

As a result, it is not yet clear whether the drop in efficacy is limited solely to the older population, or if the reduction in protection is also to be found among younger Israelis as well.

Since it is the Delta variant of COVID-19 that has been found to be responsible for about 90 percent of the current infections, it is also unclear whether the efficacy of the vaccine is related to the passage of time, or due to infections from the Delta variant.

New Restrictions, ‘Happy Badge’
The “Green Pass” is a document showing that the holder has been fully vaccinated against the virus or has recovered from the illness.

The Green Pass program limits entry to various cultural and other venues to those who possess this document.

The system restricts entry to indoor events to those who can produce documentation of their vaccination or recovery from COVID-19 or can present a negative COVID-19 test taken within 72 hours of the event.

Those who enter such events – with more than 100 participants and involve refreshments and/or mingling between guests — are required to wear masks except when eating or drinking, etc. Weddings, concerts, parties, and conferences are among the events that would require a “Happy Badge.”

At the time, Bennett said the government’s goal was not to prevent weddings and celebrations in the halls, but rather to define “how to hold them in a time of pandemics, with minimal harm to the events sector and maximum protection for the citizens of Israel.”

Tightening Restrictions to Stop the Spread
This weekend, Israel’s Public Security Ministry presented to the prime minister an integrated four-point plan for the national effort to enforce coronavirus regulations after a decision was made by the Coronavirus Cabinet authorizing the ministry to coordinate all enforcement aspects.

The plan presented by the ministry combines technological means and enforcement action on the ground that will be carried out by Israel Police officers and municipal inspectors.

“Whoever violates the directives is endangering his health and the other citizens of Israel. We will not allow this,” Bennett said at the meeting. “The Delta mutation is leaping forward around the world. Implementing the directives on the ground is a critical component in managing the pandemic to defeat the mutation.”

The government has also vastly increased the number of countries to which Israelis are barred from traveling. Arrivals in Israel are also required to quarantine seven days regardless of recovery and/or vaccination status.

The quarantine requirement will not apply to returning individuals who spent less than 12 hours at an airport in one of the countries on the list. For those who must quarantine, violation constitutes a criminal offense.

COVID-19 By the Numbers
As of Monday, there were 8,593 active cases of COVID-19 in the country, with an estimated 90 percent of those caused by the Delta variant.

There were 1,379 new cases diagnosed Monday alone diagnosed out of 74,372 tests performed, indicating a 1.86 percent positivity rate. This includes 59 people listed in serious condition, of which 16 were listed as critical; ten of those were being kept alive on ventilators. The death toll from the virus is 6,451.

Thus far, 5.2 million Israelis have received both doses of COVID-19 vaccine; 5.7 are vaccinated with one dose.

Officials are mulling the possibility of giving a third, booster shot of the vaccine to Israel’s older population. Health officials already began administering a third shot of Pfizer BioNTech vaccine to those at medical risk, including transplant patients. The booster was not recommended for people with cancer.

Prime Minister Bennett spoke with the sector representatives and heard from them about their needs, particularly their suggestions on how to continue cultural activity while safeguarding the health of the citizens of Israel. The participants thanked the Prime Minister and the ministers for the dialogue and for the willingness to hear their position on the issue.

“We cannot allow the world of culture to become an incubator for the coronavirus, and on the other hand, to facilitate culture, work and life,” Bennett said in remarks at the start of the meeting.

“The economic line is that we expect the citizens of Israel to go get vaccinated because the vaccines work. Are they perfect? No, against the Delta mutation they alone are not enough, this is the problem,” Bennett acknowledged.

“However, the vaccines together with masks, alongside responsible behavior – that works. All we need is to find the solution.

“We will do everything together in order to prevent damage to the worlds of culture and sports,” Tropper said, pointing out the culture is “not the first to be closed and the last to be opened. . .However, we understand that there is a pandemic and that we must live alongside the coronavirus.

The health minister likewise said there must be a balance between preserving cultural activities while understanding there may be a need for changes to stop the spread of the virus.

“We are here to listen to you. We do not want to impose restrictions without a genuine and open dialogue. The goal is to allow the world of culture to continue to operate. This must be done safely and responsibly to ensure maximum safeguarding of health and minimal restrictions,” Horowitz said. 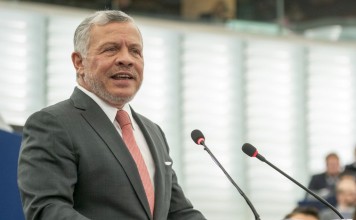 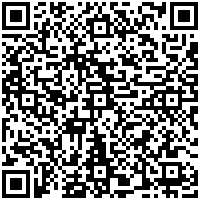