The media refrain from the last 24 hours has been that ISIS is pausing in its sweep to the south toward Baghdad.  At least some of the mobile forces that entered Mosul the weekend of 7-8 June took off again at a trot, heading south through the Tigris River corridor and seizing Tikrit by Tuesday, scattering terrified Iraqis and foreign workers in their path.  But since then, ISIS hasn’t made further southerly progress through the Tigris corridor toward Baghdad.

The media have half-heartedly attributed this slowdown to force deployments by the Iraqi government, which have been accompanied by a few attacks on ISIS from the air.  But I think the journalists know this doesn’t really explain the slowdown, even if they can’t articulate why.


For one thing, ISIS doesn’t have to fight anywhere it doesn’t want to.  It’s waging a sort of guerrilla blitzkrieg right now, but unlike a massive armor and mechanized infantry force, it leaves no deployed men and equipment around, grouped in large formations that make attractive military targets.  Indeed, worse than not presenting a conventional military profile, ISIS seizes control of urban enclaves and forces the opponent to attack the people’s homes and businesses, if he wants to attack ISIS.

But I believe the important thing about the “pause” we’re seeing on the path to Baghdad is that it’s what we would expect ISIS to do, because it is the inauguration of the assault on Baghdad.  Some observers have already noted that ISIS is now consolidating positions outside of Baghdad.  That matters, but the more significant point is that ISIS was never going to attack Baghdad by entering it in force:  rolling through the streets in Humvees for a photo op.  When we see “random” explosions and assassinations proliferating inside Baghdad, that’s how we’ll know the assault is peaking.

ISIS has to soften Baghdad up first, because it is a much bigger objective than any city ISIS has taken up to now.  The map progression shows its geographic size relative to other key cities like Ramadi, Falluja, and Mosul.  Mosul has a substantially larger population than the Anbar Province cities, but it’s still smaller than Baghdad by an order of magnitude, at least in terms of military planning.

Baghdad’s population is about 3.8 million.  And its geo-ethnic conditions are particularly challenging, with the city’s big majority of Shias, and the Shias’ stronghold to the south, which will be – in my estimate – too tough a nut for ISIS to crack simultaneously with a campaign in Baghdad itself.

ISIS has no intention of “marching on” Baghdad.  The Sunni affiliates of ISIS are going to disrupt life in the city – government security, police, public services – so that Baghdad will be pinned down and tortured, unable to restore order or impose a unified political will.  This will take some time; the point is that the campaign will be underway, even though the ISIS shock troops we saw in Mosul are not careering through the city in a visible and identifiable manner.

Consider just two pieces of information (although there is a much more extensive narrative to pick from).  One is the backstory on today’s bit of news that ISIS has “captured” two villages in Diyala Province – between Baghdad and the border of Iran – and is menacing the key Diyala city of Baquba.

ISIS hasn’t just now moved into Diyala Province.  This territorial maneuver has been underway for some time, as recounted in a report published in April by the Institute for the Study of War.  Diyala Province has been a favorite haunt of al Qaeda in Iraq (AQI) for nearly a decade, but the last two years (2012-13) saw a significant increase in attacks there on Iraqi national forces, alongside the establishment of a permanent presence by ISIS and affiliated groups. 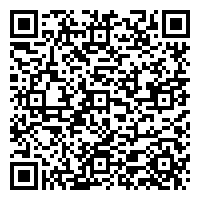