Understandably, many Israelis do not want to see that [Gaza] base expanded twenty times to include the West Bank, thereby having an Iranian-influenced Islamic domain hovering over its major cities, and within 10 miles of the sea.


Such a PLO-Hamas state would sooner or later threaten to topple the pro-Western Hashemite regime in Jordan, the majority of whose population is composed of Palestinian Arabs, many of them susceptible to the fundamentalist message.

A Palestinian-Islamic state on the West Bank of the Jordan River might soon expand to the East Bank as well (i.e. the present state of Jordan).

Above all, a PLO-Hamas state is likely to eventually deteriorate into a new avatar of the PLO terror state in Lebanon, which was responsible for the exportation of terror far beyond the Middle East…

It might take several years for such a state to reveal its true nature. It might first wish to build up its power, adopting a relative docile outward appearance to continue receiving Western aid and Israeli concessions. But the underlying irredentist and terrorist impulses are at the core of its political ideology and raison d’etre  are unfortunately not likely to disappear.

Even now it is possible to correct the mistakes which the Labor government has made in its efforts to appease Palestinian terror.

Stability may be achieved and terrorism put on the defensive if Israel reassumes responsibility for its own security and asserts a policy of local autonomy for the Palestinian Arabs instead of the independent terror-free zones (editor:  state) now being built.

It will take some time for the rest of the world to understand what many in Israel now know: that far from producing the durable peace all Israelis yearn for, the continued expansion if an armed Palestinian domain is merely a stepping-stone to the eventual escalation of conflict and the continued march of Islamic militancy in the Middle East and beyond. 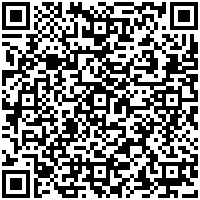