The exploitation of children in the fight against Israel has attracted little attention from the international community and the media. Human rights groups and the UN have chosen to turn a blind eye to this human rights abuse. Instead of condemning it, these groups are busy denouncing Israel for targeting minors.


This strategy works out well for Hamas and Fatah, who can always blame Israel for “deliberately targeting” Palestinian children — an allegation the media in the West often endorses without asking questions.

Even more worrying is that the Palestinian groups often reward the families, who then become less motivated to stop their children from risking their lives.

Adult activists who encourage and send children to take part in violence should be held accountable, not only by Israel but by their own people. If these adults want an intifada, they should be the first to go out and confront Israeli policemen and soldiers.

Hamas, Fatah and other Palestinian groups are using children from east Jerusalem and the West Bank in what appears to be a new intifada against Israel.

Nearly half of the Palestinians arrested by Jerusalem Police over the past few months are minors. Some of them are as young as nine.

These children are being sent to throw stones and firebombs, and launch fireworks at policemen and IDF soldiers, as well as at Israeli civilians and vehicles, including buses and the light rail in Jerusalem.

The exploitation of children in the fight against Israel has attracted little attention from the international community and media. Human rights groups and United Nations institutions have chosen to turn a blind eye to these human rights abuses.

Instead of condemning those who exploit the children and dispatch them to confront policemen and soldiers, these groups and institutions are busy denouncing Israel for targeting minors.

Most of the children’s attacks occur after school, so they are not deprived of education. But sadly, some of the Palestinian minors get killed or wounded in clashes with Israeli security forces.

Orwa Hammad, a 14-year-old Palestinian-American boy from the village of Silwad near Ramallah, was shot dead by IDF soldiers last week. The IDF says he was spotted preparing to hurl a firebomb at Israeli vehicles.

Earlier, 13-year-old Bahaa Bader was shot dead by IDF soldiers in the village of Beit Likya, also in the Ramallah area. An IDF spokesman said soldiers responded with live fire when residents threw firebombs at them as they were exiting the village.

Last month, 16-year-old Mohammed Sinokort from the Wadi al-Joz neighborhood of Jerusalem was killed during a stone-throwing incident.

This is not the first time that Palestinian groups use children in the struggle against Israel. During the first intifada, which erupted in 1987, children and women were often at the forefront in clashes with Israeli security personnel.

This strategy works out well for Palestinian groups such as Hamas and Fatah. At the end of the day, they can always blame Israel for “deliberately” targeting Palestinian children and women — an allegation that the mainstream media in the West often endorses without asking questions.

Moreover, the Palestinian groups know that the children who are being sent to confront Israeli soldiers and policemen will not be held accountable.

Most of the minors detained by the Jerusalem Police for their involvement in the violence are released to house arrest. In cases where the children are aged nine to 13, they are referred to social welfare authorities without being detained.

The majority of these children are going out to throw stones and firebombs at Israelis because they are come from poor families or are lacking in good education and other economic and social privileges. But many of them come from middle-class families and do not live in refugee camps.

Israel to AP: Gaza Building Leveled Because Hamas Tried to Jam Iron Dome From There 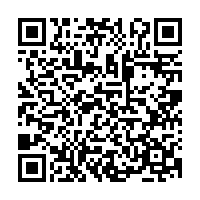