There’s an old saying: it’s better to keep one’s mouth shut and be thought a fool than to speak and prove it. That is Secretary of State John Kerry’s problem.


What is remarkable is how Kerry has painted himself into a corner, not just staking his term as secretary of state on making Israel-Palestinian peace but in doing so in a matter of weeks.

“If we do not succeed now, we may not get another chance,” Kerry told the American Jewish Committee.  “I have heard all of the arguments for why it is too difficult to end this conflict,” he added. “Cynicism has never solved anything. It has never given birth to a state, and it won’t.”

Well, not exactly. First, Kerry is practically begging the Palestinian Authority to accept a state. The problem is not cynicism but naivete. The cynicism is based on long experience and a careful evaluation of the political, economic, and strategic factors involved.

Second, Kerry hasn’t heard that the last chance already happened thirteen years ago at the Camp David meeting in 2000. No amount of wishful thinking will make it otherwise. In fact, that endangers people.
Let’s review:

–PLO, Palestinian Authority, and Fatah leader Yasir Arafat turned down an independent Palestinian state with its capital in Jerusalem and around $20 billion in aid as a starting point in further talks.

–He launched a five-year-long war of terror against Israel in which around 2000 Israelis were killed.

–When offered an even better deal by President Bill Clinton Arafat turned it down.

–Even when besieged in his headquarters—saved only by U.S. intervention from total, humiliating defeat—Arafat still rejected compromise.

–In the 13 years since the Camp David meeting the Palestinians have not pursued any serious negotiations.

–About half the territory and people the Palestinian Authority claims to negotiate for is not even under its control but is being ruled by Hamas which advocates genocide against the Jews and is totally opposed to peace on any terms. Hamas would do everything possible to wreck any deal made by the PA and that group has about 20 to 30 percent support on the West Bank.

–In the present climate of Islamist triumphalism, Hamas has more state support than the PA and the PA is terrified of being “traitorous moderates.”

–The PA strategy is clearly to get maximal recognition of a state without having to make a deal with Israel. Kerry’s recent offer of $4 billion (for tourism development!)–how much will the U.S. government pay off the PA for pretending to negotiate?–was turned down by the PA within 24 hours even though they could use the money for the leadership’s Swiss bank accounts.

Kerry gave the typical line that unless Israel gets a two-state solution, it will have to choose between its Jewish and democratic nature.

Ludicrously untrue. If that didn’t happen when Israel occupied the whole of the territories captured by it in 1967 and governed the Arabs there on a daily basis—a period of 27 years in the West Bank and about 35 in the Gaza Strip—it isn’t going to happen now. There was a time when Israelis advocated annexation of these territories but that hasn’t been true for many years. Of course, Israel will not have to choose.

Who cares about how many Palestinians there are, they aren’t being ruled by Israel and they are not Israeli citizens.
Absent as usual from Kerry’s analysis are the risks that Israel would take if it accepted a Palestinian state under current conditions.

Consider these statements by Kerry:

The belief that a security fence and the status quo could bring Israel security are “lulling themselves into a delusion….The absence of peace is perpetual conflict. … We will find ourselves in a negative spiral of responses and counter-responses….”

“I am confident that both sides are weighing the choices that they have in front of them very, very seriously.”
No. Both sides are pretending to weigh choices in order to avoid insulting you. A serious analysis of the factors involved show that nothing is going to happen. An accurate view of reality should be the foundation for policymaking.

A case can be made for Kerry showing himself as working hard for peace in order to defuse any possible effect on events elsewhere in the region. But by working too hard, spending too much of his time on the issue, and making absurd claims that he is going to succeed, Kerry is setting himself up for an embarrassing fall.

Also by promising quick results he is destroying the chance for the United States to pretend it is laboring around the clock supposedly–what?–to ease the situation with a civil war in Syria, a nuclear bomb in Iran, a Muslim Brotherhood regime in Egypt, etc. 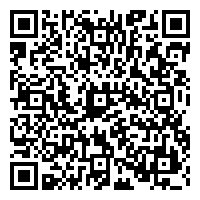