The idea of a diplomatic solution to the Syrian crisis is ideal for the Obama Administration, but that doesn’t mean it would be for U.S. interests.


So far Syria, Russia, and the United States have endorsed an idea that the Russians would take control of Syrian chemical weapons. The Iranians would probably  agree.  Obama would, of course, claim victory. The mass media would joyfully celebrate how he avoided war. Of course the Syrians, Russians, and Iranians could better claim victory.  (I’m starting to wonder whether Russia won the Cold War both ideologically and strategically, but never mind for now.)

But aside from this, there are serious implementation and strategic issues that would have to be worked out. Let’s start with the former.

An international committee would have to be established, which might take months to get a deal worked out with. Syria–and perhaps Russia and Iran–would stall for time. No real deal might ever be reached.

In other words, the seeming end of a deal would only be the beginning of a deal. Check this out.  And no final agreement might ever be reached or enforced.

Then, there are actual enforcement issues that would have to be hammered out, even if a deal were reached. For example, would chemical weapons inspectors be allowed sufficient access to ensure that Syria was complying? Would implementation depend on Putin’s personal word?

And what is the substance of the deal:

Russia promises that Syria will not use chemical weapons again. America says: OK. This one time, we’ll let you get away with it.

And what happens the next time? It starts all over again.

Next, there are the strategic issues. In this incredibly wordy debate over the Syrian crisis–which has revealed so little of substance–few have asked what Iran wants. Does Iran want a total victory in which Syria would become a virtual Iranian satellite? The survival of the current Syrian regime in all of the country? Or would it settle for the regime’s survival in part of the country?

If Iran wants total victory of this type then the U.S. cannot make a deal with Syria. It is a strategic threat.

If Iran and Russia want to win the civil war, no compromise is possible. The deal would just help Syria while bailing Obama out of a tough situation. The deadlocked war would go on, still at 40 percent regime, 40 percent rebels, 20 percent Kurds with no real change likely in the near future.

Another neglected question is what the Obama Administration wants in Syria: regime change, continuity, or a deal? In other words, for the war to go on as long as possible, a Muslim Brotherhood government, or a de facto partition deal?

Remember this. Two other administration policies that were aiming at regime change have been forgotten here:  arms to the Syrian rebels and training. Clearly the Obama goal of expanded arms supplies to the rebels had to be abandoned because of bad publicity like radicalism and cannibalism.

Yet there are hints that this administration wants regime change and is using the attention of the Syrian crisis to further it. The constant cry of Kerry and others is “no boots on the ground.” But what about boots on the ground in Turkey and Libya–for weaponry–and Jordan–for training?

In addition, nobody has asked what groups are being trained. Of course it is not al-Qaida, but it may be Muslim Brotherhood. Qatar, Saudi Arabia, and non-Arab Turkey also support this long-term U.S. goal because of opposition to Iran and the Turkish government’s Islamist ambitions. Regime change, not two days of bombing in Syria, is the only important question.

But to return to a second possible deal, only if Iran and America favor de facto partition–because they secretly think the war is unwinnable–might they agree to the 40-40-20 division. Perhaps Bashar al-Assad knows that is the best he can get.

Finally, there is the third potential deal. A de facto partition of Syria could establish the serious foundation for a compromise on the Iranian nuclear weapons issue. I want to make it clear that I do not think this is really going to happen. But President Obama might.   President Obama and his administration think that Iran now has a relatively moderate government. This means that Iran can stall a long time to fool the West on negotiations, perhaps even to the end of Obama’s second term. Watch for this thinly concealed game. The West wants to be fooled. 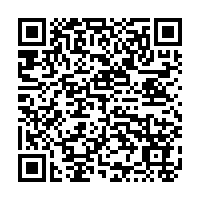