White House’s Seven Pillars of Idiocy in the Middle East:

(NAMED AFTER LAWRENCE OF ARABIA’S VERSION)

One:  Other than aid and official government rhetoric, the United States is now neutral on the Israel-Palestinian conflict and, to put it more accurately, tilting toward the Palestinian side.    This does not mean disaster for Israel—and no Israeli official will say so in public–but it is a strategic reality. Part of the dynamic motivating this U.S. policy is that:

–The White House believes it can win over “moderate Islamists” in power as in Egypt, Sudan, Turkey, Tunisia, Bahrain, Iran, and Syria, among other countries. This would form a pro-U.S. bloc against al-Qaida and, secondarily the Iran-Syria bloc. Only al-Qaida cannot be won over; but the White House believes that even the Taliban, the Tehran rulers, Hezbollah, and Hamas might be convinced. (I’m not kidding and can prove it.)

–Rather than mobilize active opposition to Palestinian Authority diplomatic gains in Europe, the UN, the World Court, and international institutions, the Obama Administration is eitherleading exploiting, or bowing to these gains.

–This of course intensifies Western cultural surrender to anti-Israel positions. Here’s an example: The highly prestigious Foyle’s bookstore in London has closed its Israel section. If you know London, you know what an intellectual earthquake that is.

–The United States will not privately pressure or publicly criticize Palestinian Authority policies or statements, but will not hesitate to do so for Israel.   –-The Palestinian Authority is not even held responsible for its total inability to deliver half the Palestinian forces, including Hamas and the Gaza Strip. Imagine a White House not thrilled to use the Egyptian coup regime to press and suppress Hamas! Their strategy would be to make a deal: Palestinian concessions to get a state in exchange for the capture of Gaza! Who has even thought of that! Of course the talks will not go anywhere because the Palestinians know that they have a strong hand and they will overplay it. But, the administration’s willingness to punish Israel to win public relations points and shore up the doomed U.S. alignment with Islamists had to be reckoned with.

The problem is by no means regarding U.S.-Israel relations alone, but it is with every Middle Eastern ally and with every potentially pro-U.S democratic opposition movement.

Second pillar: The system the White House seeks to impose on the Middle East appears to be revolutionary Islamism! If many objective Iranian, Turkish, Kurdish, Israeli, and Arab observers see this as self-evident, Islamists themselves view Western policy, however, as a sign of their own victory due to Allah’s backing plus Western fear and weakness.

Consider the bizarre situation in regard to Egypt. The last time, Egypt had to join the enemy  Soviet bloc and wage war on a  U.S. ally to be America’s enemy; now it can do so by joining American goals,  opposing terrorism and working too closely with U.S. allies and goals!

Third pillar, conservative traditionalists, moderates, and liberals seem to be viewed by the U .S. government as enemies because only Muslim Brotherhood can stop al-Qaida by out-jihading them. Instead of applauding the army coup in Egypt—would that it had happened in Turkey and Tunisia!—the White House opposed it on the belief that the Egyptian masses were the most reactionary advocates of dictatorship and hate Christians, Jews, Shia Muslims, women, gays and of course Americans. That’s partly true but doesn’t mean we should want a the Muslim Brotherhood in power there.

Instead, there is no notion of realpolitik or national interests but this strange foreign policy philosophy. –Surrender is better because it avoids international friction, and especially for conflicts involving America. — The ridiculous notion that sharing power with anti–American radicals will bring internal stability. If you force the army to have a coalition with the Muslim Brotherhood or a predictably unstable two-state solution you will get immunity from civil conflict.

–The idea that betraying allies will make more people want to be allies.

These are the ideas that, remarkably, many pompous statesmen, much prized experts, brilliant academics, and totally ignorant (you’d be amazed how little many know despite their job titles) really believe in. 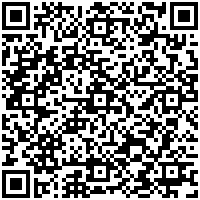