In January 2000 I wrote an article entitled “Bringing Middle East (and International Affairs) Studies into the Twenty-First Century.” Rereading that piece exactly a dozen years later to the day is an eye-opener. Some of the things I predicted then have become so commonplace that it is hard to believe such ideas were so daring to present back then. Others haven’t happened much at all.

Here I’m talking about how international affairs writing has been changed. I began by pointing out that our project to produce a high-level online journal on the region, the Middle East Review of International Affairs (MERIA) Journal, then four years old, was an innovation that some had mocked and predicted would fail. But now that journal is entering its 17th year, having published around almost 500 full-length articles each reaching an audience of around 30,000 people! By way of comparison, most printed academic journals in the field have a circulation of around 1000.

At that time, I also had to explain our new turn to PDF/Adobe and how that was more convenient in several ways. That, too, is now taken for granted and new more advanced systems have been developed. I continued:

It is also necessary for funding agencies to rethink how their monies can be most effectively used. Amounts that have been paid for individual books–or even papers–and conferences could have 100 times more impact if applied to some of the new [computer-based] approaches discussed below.

Strange as it might seem, this still hasn’t completely happened. The money spent on a single conference or on a print journal could probably fund a journal or other online project for one or two years.

Following that I suggested a program for the future.

Equality for internet publications with printed media. Internet publications that meet the existing criteria should have equality in being indexed and being used for academic rank and tenure decisions. There is no intrinsic reason why a publication should not be treated differently simply because it is not produced originally on paper.

What might be called digitalphobia, however, has only gradually waned. In theory, this goal has been achieved but it is hard to get that point implemented.

Internet book publishing. Today it can take up to one year just to work through the reviewing process and gain acceptance for a book, as well as another year to be published. The resulting books usually sell for $30 to $50, putting them out of range for almost everyone except libraries (whose resources must be reaching their limit). It isn’t as if anyone is becoming rich in this process, on the contrary, academic presses are often losing money. We must work out acceptable ways to publish via the internet, both on a for-sale and free basis, so that authors will receive the proper credit and academic benefits. We should also be very aware of the possibility of creating `living books,’ monographs, and papers, which can be updated as events, new sources, and the author’s own interpretations develop. Such materials can also benefit from criticism so as easily to correct errors or alternative interpretations.

Twelve years later we are still only at the beginning of this transition. Publishers have benefited from the Kindle and other such products enough to save themselves. As for ebooks, the terms offered to authors are quite unattractive. And publishers do nothing much to publicize ebooks. Of course, they don’t do much to publicize print books either. It’s strange to have written books on Egypt, Syria, and Arab reformers—to cite only three examples—at a time when these issues are front-page news every day and see the publishers do absolutely zero to promote them.

The use of teleconferencing and computer telephones for research, meetings, and discussions. We now have access to low-cost, easy-to-use teleconferencing and voice-conferencing systems that allow us to erase geography in our daily work. These will come into increasing use in the coming years, especially as high-speed internet connections (such as ISDN, DSL, and cable modems) become more widespread.

It is amazing the extent to which this has not happened. Oh yes, there are such things but they have been strongly resisted and are still rare. Hundreds of thousands of dollars are spent on plane tickets and hotels instead. The argument is face-to-face meetings are so much better. Certainly, that is true on one level but the ratio of “in-person” events to those using digital communications is still absurdly high.

New styles of research and academic projects….An international team can be assembled to study a topic in which all exchange materials or smaller groups of partners work on a paper together. When impossible to meet face-to-face, they can meet now by teleconferencing after the papers are completed for a discussion on a higher level than would otherwise occur. The monies saved could be used to pay the researchers. The resulting book or individual papers can be published traditionally or on the internet.

While I know you can think of examples of such things they are still amazingly rare.

Big online archives and research tools where people know how to find them. We need a system of documentary collections and other materials that can be readily used by researchers.

This has happened to the extent that many college students only use online sources, more’s the pity. Often, though, these troves are mishandled (in terms of judging the quality of sources) and underutilized when it comes to primary source material. Ironically, it is just as easy to go to the original source yet people use the tool of Internet to restrict themselves lazily to secondary sources, for example, the opinions of journalists or bloggers rather than what people actually said or did.

Specialized seminar groups on every topic. Those interested in any subject, no matter how specialized, can organize mediated, membership discussion groups involving experts from anywhere in the world.

This has happened to some extent, both in terms of institutional and individual lists. Yet one wonders whether this is as systematic as it could be.

The use of internet broadcast lectures and conferences. Using current technology like Realplayer and Windows Media Player, sites can make available on demand either radio (sound only) or television (sound and picture) coverage of lectures and meetings so they would be permanently available to people everywhere in the world. The cost of such technologies is quite affordable. The greatest advantage of this technology, however, is that a lecture or conference attended by one hundred people on one day can now easily be seen by thousands of people–at their convenience–over a long period of time. Of course, as with other media, people must get used to using them.

Such things have developed dramatically.

Embedded footnotes. Increasingly, in publishing papers and books on internet, we can use notes linked to the sources being quoted, allowing instant access to sources. This creates an infinite chain of information that provides far more breadth and depth than anything written on paper. Obviously, any quotation out of context will be clearly seen, while translations can be checked as well.

This, of course, has happened so thoroughly it is hard to remember what earlier life was like. 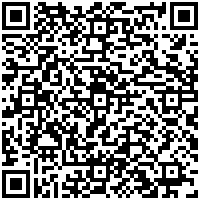