Imaging this: it was well-known that in 2011 the United States was facilitating the weapons supply to Syrian rebels. The weapons were paid for by Qatar and Saudi Arabia and delivered through Turkey.

We have known for more than a year about this traffic. There were two big UN Reports on this traffic.( By the way this meant that the United States was arming Muslim Brotherhood and Salafist groups.)


What wasn’t known was a simple detail: the United States was also collecting and shipping the weapons.

That’s it! This is what was being concealed. After all, it was openly known previously that the Libyan rebels against Qadhafi were armed by the United States.

The whole mess was unnecessary!

If it were known that the CIA guys in Turkey weren’t just watching the weapons supply but delivering it, to quote Clinton, what difference would it have made?

Would Congress have stopped the weapons’ traffic? No, they wouldn’t even do anything about the arms to Mexican drug gangs that killed Americans?

Would Americans rise in revolt? No.

Would it have cost one percent of the votes in the election? No.

Sure, some bloggers would have talked about parallels to Iran-Contra and a handful of members of Congress would have complained but the massive media machine would have ignored it and the majority of Republicans would have snored.

Did President Obama have to lie in a UN speech saying the ambassador was just there to supervise a hospital and a school? No.

Did a video have to be blamed so as to blame Americans and Islamophobia for the attack? No.

Was the cover-up necessary even to defend the administration’s “perfect” record against terrorist attacks on Americans”? No.

The expose of this arms’ supply channel would have bothered few and changed nothing. But since we knew already that the administration was helping arm anti-American, antisemitic, anti-Christian, and homophobic, and anti-women Islamist terrorists I don’t think the difference was huge.

Did the cover-up have to lead to the refusal to defend properly American personnel to prevent what they were doing from leaking out? No.

In short this program of lies and deception and cover up wasn’t even necessary. Those Americans may have been rescued and those lies might have been avoided with no harm to the administration.

I think that tells a lot about how the Obama Administration treats and manipulates the American people. And it also tells about its very profound incompetence and ignorance. 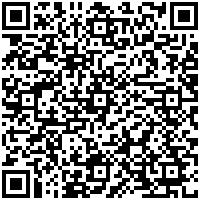