This article was first published here.

Yasir Arafat is still dead. True, he was once alive. I sat across from him in his Gaza office, for example. And he even had a copy of my history of the PLO on his book shelf so he must have been of sound mind at the time.  It’s not my fault. I told him to start jogging and cut down on sweets.But he didn’t listen. On November 4, 2004, he died, a fate he previously delivered to thousands of far more innocent people.


The effort now by various Palestinian factions to imply Israel killed him is the funniest thing in the Middle East since the CIA director’s congressional briefing when he said the Muslim Brotherhood was a secular democratic organization. What’s dismaying is how much play Western media are giving this charge as if it should be taken seriously. When the West behaves in this way it signals at the least a dangerously naive credulousness and amnesia; at worst, it signals a profound anti-Jewish and anti-Israel complex on their part.

But there’s something else in this story, something very chilling indeed. Revolutionary Islamists especially, but many Muslims otherwise, believe that Jews tried to murder Muhammad, the founder of Islam, and even if they failed that the poison shortened his life. The accusation that Jews are the murderer of prophets–with Muslims throwing in the founder of Christianity also–is a phrase that derives from this story. It is frequently heard from Hamas and others. This is a blood libel, an alleged crime that then leads to the view that Jews are absolutely evil and should be wiped out. In short, it is a rationale for genocide. When Iran, Hamas, Hizballah, and the Muslim Brotherhood say that Israel should be wiped off the map and Jews generally should be murdered that incitement is the inevitable consequence of this line of thinking.

That Western observers are unaware of all of this history, and repeated every day in inciteful sermons found often in Middle East mosques, is quite evident. Such a lack of knowledge leads them to believe that the conflicts they say are easily resolvable, quickly settled by more Israeli concessions or still continuing because of Israeli actions when the causes are much deeper and the solutions far more remote. Western societies today are obsessed with searching everywhere for racism and hate speech. Well, the idea that the Jews murdered Arafat (rather than that Arafat spent most of his career murdering Jews) falls into that category.

As for the specific claims in the Arafat case, they are easily disposed of:

First of all, anyone who saw Arafat during the last year of his life knew he was seriously ill and steadily worsening. His lips trembled, he looked disoriented, and he wasn’t as articulate as usual.  Even on television you couldn’t possibly miss his distress.

His doctors obviously knew that he was in bad shape. But, and this is what’s most important, they didn’t do anything about it. The prospect of Arafat’s death was so traumatic for the movement—which had known no other leader during 43 years for Fatah, 36 years for the PLO, and its entire ten year life for the Palestinian Authority. By not taking serious action and giving him better treatment, the key to the mystery is this: His own doctors and movement killed Arafat. So if Israel killed Arafat then his own doctors and the entire PLO, Fatah, and PA leadership were in on the conspiracy. Indeed, Arafat himself, by not more actively seeking medical help or speaking about his problems was also in on the conspiracy. This is unlikely.

Second, the doctors were shut up and the report of his death was kept secret by Arafat’s widow Suha Arafat. Since his colleagues had access to a lot of this information they also kept quiet. In other words, we are supposed to believe that those who in the world who most hated Israel had evidence that Israel had something to do with his death but they kept it secret?

Third, suddenly, almost eight years later Suha and other Arafat loyalists are making claims. But there is no new evidence whatsoever. Obviously, this is a publicity stunt. Let them release the huge medical report on his death. Let them permit the French doctors to have a press conference. Let them dig up Arafat. Until one of those things happens why should the Western media fall for this trick? So again, if there was the slightest suspicion that Arafat was being murdered, Arafat’s wife, doctors, and all of the Palestinian leadership were helping the conspiracy. This is also unlikely. 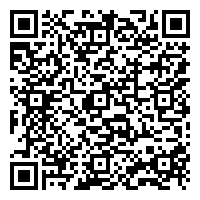