Yael Rosen, Director of ATZUM‘s Righteous Among the Nations Project speaks with pride of the astonishing accomplishments made in a joint project with the Leo Baeck Education Center in Haifa.

Students there launched a research project about specific remarkable, heroic acts during World War II, focusing on the heroism of the Van Hall and Boissevain families from Amsterdam. “The beauty of fostering the inter-generational, cross-cultural relationships that resulted from this effort is indescribably valuable,” Yael says. She has much more insight to share.


“The research project began in 2009, culminating in a heartfelt, sometimes tearful opening ceremony for the exhibition held May 21 at the Leo Baeck Education Center in Haifa. ATZUM is involved with improving Israeli society in various ways. One branch of our work is an attachment to the Righteous Among the Nations, gentiles who risked their own lives by saving Jews during the Shoah. The public sometimes hears of this group of people through Yad VaShem. Several RAN members reside in Israel. We at ATZUM believe that these now elderly survivors, aged 77-95, deserve whatever financial, legal and bureaucratic help they need. Since the Leo Baeck school has impressive social action programs of its own, we joined forces.”

Irony, wonder, and genuine soul-searching detective work culminated in the May 21 2012 opening ceremony for a 10-day exhibition entitled “The Light in the Darkness,” held at the Leo Baeck Education Center in Haifa. It made an ironic setting. The school was founded as a kindergarten for German children fleeing Nazi Germany in 1938. Today it is a flourishing campus with over 2,000 students from varied backgrounds.

Here’s some of what transpired between the debut of the project and opening night: Participating students learned of the biggest bank robbery in Holland as they followed a paper trail of diaries, letters and notes regarding Walraven Van Hall. He’d been a banker who used insider knowledge to fund the Dutch Resistance to Nazism. Van Hall had surreptitiously replaced mounds of cash with counterfeit bills to secret it to resistance fighters. The teens also learned of Mies Bossevain, a woman who was a key figure in that resistance, and an aunt of Esther Grinberg (formerly Hester Boissevain). Esther is a resident of Israel who arrived in 1961 at age 26, converted to Judaism and married a Jew.

Esther Boissevain-Grinberg’s father had died in Buchenvald on the last day of the war. A slip of a child then (she was born in 1935), Esther grew up not knowing much about his life. Sixty years later, she read his letters to his wife, Esther’s mother. Esther’s adult access to that and to other information across the world jettisoned the progress in this joint project. Now living in Kiryat Tivon, Esther agreed to ATZUM’s request that she write out her life’s story. She delved into her family’s past, a formidable prospect she’d never wanted to face before. Aware that her family had saved four Jews, she investigated her own life and theirs. Twenty-nine pages plus many hours of phone calls, letters and deeply felt emotions later Esther had learned of other heroes who deserved honor. She agreed to work with the students. Esther also reconnected with one of the Jews her family had saved: a little girl who’d since grown up and married. She lives in Canada.

Another key figure in this research project, Esther Barach, comes from a family that saved 80 Jewish children from Hitler’s murderers. Her relatives placed them in foster homes. Three of those survivors attended the May 21st ceremony, representing others who also live in the Holy Land and elsewhere. One of those attendees has given birth to fifteen children. Her 110 grandchildren and 39 great grandchildren are testimony to the victory over Hitler. Artist and poet Binyamin Peleg, also a Shoah survivor, donated some of his art to the exhibit. He also gave Judaica items from Holland, commemorating pre-war Jewish life there.

Tehilim 71:9 reads “Do not cast me off in the time of old age; Do not forsake me when my strength fails.” The message is apropos to the endeavor –  Wonder and spirituality ruled as respect for aging heroes of the Shoah increased among Leo Baeck students. 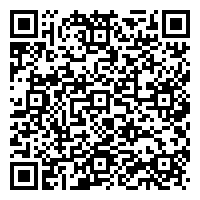