Following the Six-Day War, Israel’s Chief Rabbinate promulgated a ban on Jews ascending the Temple Mount. This decision, along with the continued effective control of the site by the Waqf, has severely limited the Jewish civilian presence on the mount. As a result, many Jews and non-Jews ignore its significance in Judaism. The recent attempt to rec­tify this situation by organizing group visits to the mount has ignited a passionate legal debate.

Several biblical commandments regulated entrance to the various sections of the Temple, including the establishment of a guard system to enforce these rules (Num. 18:1–4). The Torah (Lev. 19:30) further com­mands a general reverence for the Temple, interpreted by the sages to include respectful behavior within permissible areas, such as not carrying a stick or wallet, wearing leather shoes, or walking around for mundane purposes (Berachot 54a).

Rabbi Menachem HaMeiri (Beit HaBechirah, Shavuot 16a) understood this position to allow for Jews to walk on the Temple Mount, and he reports that they have historically done so. Indeed, as noted by Gedalia Meyer and Henoch Messner (“Entering the Temple Mount – in Halacha and Jewish Thought,” Hakirah, volume 10, Winter 2010), talmudic stories (Makkot 24b) and medieval travelogues indicate that Jews ascended the Temple Mount until Muslim conquerors banned entrance by non-Muslims in the twelfth century.

Maimonides, however, insisted that the entire compound has retained its sanctity, and that sacrifices may still be offered there, even without the Temple (Mishneh Torah, Hilchot Beit HaBechirah 6:14).

Rabbi Tzvi Kalischer, moved by messianic aspirations, attempted to renew such activity in the nineteenth century (Derishat Tziyon). Yet his proposal was shot down by figures like Rabbi Yaakov Ettlinger, who contended that sacrifices were not per­missible without finding the altar’s exact location, priests with proven pedigree, and various Temple apparatuses (Binyan Tziyon 1).

According to Rabbi Abraham Isaac Kook, even Raavad believed that the area remains holy, but that entry is punishable only when the Temple stands (Mishpat Kohen 96). As Rabbi Eliyahu Bakshi-Doron noted, these laws also prohibit tour guides from encour­aging unrestricted visits to the site by non-Jewish tourists (Tchumin 11).

Yet the sages permitted entry into some of the sacred areas fol­lowing appropriate ritual preparation, including immersion in a mikveh, a ritual bath (Kelim 1:8), even for people who had contracted impurity through contact with corpses (MT Hilchot Beit HaBechirah 7:15).

Moreover, the current rectangular Temple Mount complex, which was expanded in the Herodian era to about 150,000 square meters, includes sections not within the original Temple area, which formed a square (500 amot x 500 amot) with sides of roughly 250 meters (Middot 2:1).

Maimonides himself walked and prayed in the permissible areas when he visited Eretz Yisrael in 1165 (Iggerot HaRambam 1, p. 224).

As such, two sixteenth-century rabbis, David ibn Zimra (Shut HaRadbaz 2:691) and Yosef di Trani (Maharit, Tzurat HaBayit), attempted to delineate the exact Temple location and permitted Jews to walk on certain areas of the mount. Yet their calculations are highly disputed, leading many scholars – including Rabbi Yisrael of Shklov, leader of Jerusalem’s Jewish community in the nineteenth century (Pe’at HaShulchan 2:11) – to prohibit entrance to the Temple Mount (which was regularly banned by the ruling authorities anyway).

Others contend that this stringency has led to neglect of the sacred space. Most prominently, Rabbi Shlomo Goren dedicated a book, Har HaBayit, to determining the permissible areas of entry.

While the efforts of Rabbis Mordechai Eliyahu (Tchumin 3) and She’ar Yashuv HaKohen to build a synagogue on the Temple Mount have been thwarted, other scholars – such as Rabbis Nachum Rabinovitch and Chaim Druckman – recently advocated Jewish entry (after strict halachic preparation) into areas they claim are indisputably outside the restricted zones.

Yet other religious Zionist leaders – including Rabbis Avraham Shapira and Shlomo Aviner – have opposed such entry, maintaining that modern-day Jews are spiritually unprepared for the Temple’s holiness. 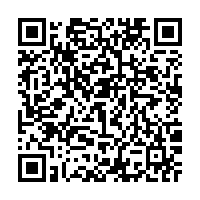