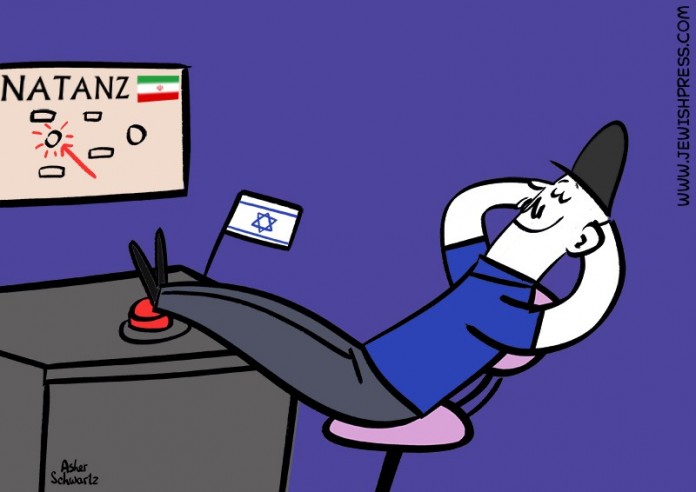 According to the March 4, 2022, report published by the International Atomic Energy Agency (IAEA),1 Iran has already accumulated:

The enrichment rate has increased in recent months from about 4.9 kg of uranium enriched to 60% per month to 5.7 kg per month. Iran already industrially operates advanced centrifuges of several types (IR-2m, IR-4, IR-6), and therefore, if Iran decides to enrich this uranium to a military level (over 90%), it will take only about three weeks to produce 25 kg, i.e., enough uranium for the first nuclear explosive device (including the time required for configuration changes in the centrifuge system). After that, it will take an additional two weeks to produce the quantity required for a second nuclear explosive device. Within four months, Iran could have enough enriched uranium to a military level for four nuclear explosive devices.


Last year, Iran already converted 20% enriched uranium to uranium metal (a component of nuclear weapons). It is also developing its missile system to shorten the time it takes to turn uranium enriched to a military grade into a deliverable nuclear weapon. Although Iran promised during IAEA Director-General Rafael Grossi’s visit to provide the IAEA with information about the four facilities exposed when Israel revealed Iran’s nuclear archive, it is only willing to do so after the agreement is reached and before the restrictions on it take effect, implicitly in May, and Grossi has already expressed his dissatisfaction with Iran’s insufficient cooperation. Since the IAEA inspectors cannot visit “anywhere anytime,” it is impossible to be sure that Iran does not have additional secret facilities established after 2003, just like the facility in Fordow. These facilities may be used to store and process the missing uranium and the systems that were used to enrich it.

This recent Iranian activity, which is a violation of both the 2015 nuclear agreement and Iran’s commitments to the Nuclear Non-Proliferation Treaty (NPT) and its additional protocol, followed President Trump’s decision in May 2018 to leave the agreement. However, the vast majority of violations were made after Biden was elected president and following the Biden administration’s inauguration. The violations were intended to exploit the administration’s anxiety about the possibility of a confrontation with Iran and increase the pressure on the administration to agree to return to the nuclear agreement under Iranian conditions, primarily the complete lifting of U.S. sanctions imposed on Iran since 2015, regardless of whether they are related to the nuclear issue or not.

The Iranian regime took some risk in adopting this policy since it could have agreed to return to the agreement according to the American framework, i.e., without the lifting of all sanctions, thereby alleviating its economic distress. Iran’s sober assessment, however, was that in the face of a risk-hating and weak U.S. administration, it could insist on its demands while continuing the consistent progress toward achieving the status of a nuclear-threshold state, and thus force a collapse of the American demands. Meanwhile, the regime would be able to address the growing challenges at home.

The disorganized American withdrawal from Afghanistan and the cautious American response to the Russian buildup and attack against Ukraine convinced the rulers in Tehran, especially in the wake of hardliner Ebrahim Raisi’s election as president, that their policy was justified and encouraged them to stick to their position.

The United States could have pressured Iran to renounce the dangerous advances toward producing nuclear weapons and demanded a much better agreement through a combination of sanctions (as it does with Russia) and a credible threat to use force. However, in practice, recent reports indicate that the United States surrendered to Iranian demands on sanctions. The practical implication is that the dangerous Revolutionary Guard Corps will no longer be designated as a terrorist organization and that sanctions will be lifted on Iranian individuals involved in some of the worst attacks against the United States, Jews, and Israel. It remains to be seen how the sequence of the parties’ return to the agreement will be specified, though it appears that this matter may have already been resolved.

Ominously, an apparent return to the nuclear deal is dangerous in itself, even without the lifting of additional sanctions. In exchange for Iran’s renunciation of most of its enriched uranium, which would distance it slightly from the status of a threshold state, it could continue to advance its nuclear program without fear of punitive action. Within two years, it will be able to resume the operation of advanced centrifuges. Two years later, it will be able to increase without limit the amount of enriched uranium to a low level it accumulates, and within nine years, it will be able to enrich uranium to any level and in any quantity, thus achieving the ability to produce a vast quantity of nuclear weapons.

This scenario of a nuclear buildup is in contrast to the current situation in which Iran still has to cross a dangerous threshold, where it could be the target of an American or Israeli attack if it tries to advance toward the production of one to four nuclear weapons. Moreover, once it reenters the JCPOA, it will gain access to its frozen assets (about $100 billion) and increased revenues from oil exports. The vast sums can fortify the regime at home, where it has recently faced ongoing unrest, increase its activity to export the Islamic revolution in the region and beyond, and strengthen its malignant proxies like the Houthis and the terrorist organizations operating against Israel, such as Hizbullah, Palestinian Islamic Jihad, and Hamas. The Houthis have already been emboldened by the coming agreement and intensified their attacks against Saudi facilities in recent days.

Iran will also be able to present the return to the agreement on its terms as an achievement that proves the righteousness of its path and the weakness of the West. That message is meant to entice potential friends to the path of the Islamic revolution.

The Americans recognize that this is not a return to the original dangerous JCPOA nuclear agreement, but rather a worse agreement because it is impossible for Iran to regress from the progress it has already made – in violation of the agreement – in the development and operation of advanced centrifuges, the production of high-level enriched uranium, the development of the missile system, and the production of uranium metal. It is also clear now that the illusions strewn by the Obama administration’s nuclear-talks team, whose members are also involved in leading the current team, were unfounded. Iran will not abandon its support for terrorism and its radical ideology. The agreement will not put it within a year of producing enough fissile material for the first nuclear explosive device since even without surging forward in full force, Iran came very close to this point in just over a year.

What are the implications for Israel of Iran’s progress toward becoming a nuclear-threshold state and the American surrender? First, it was made clear that Israel’s most important ally and its foremost backstop suffers from a weakness that reflects on Israel as well. In light of this, Israel must rely first and foremost on itself.

The United States is very cautious and reluctant to engage in any conflict. Although it can shape a different reality, it prefers to avoid using its capabilities and allows its adversaries to advance their interests at its expense. Even worse, if in the past the nexus of Israeli and American interests was an essential element in cooperation between the two countries – beyond their shared values – then under the Biden administration, the commonality of interests is becoming more and more tenuous. The Americans are focused on conflicts with Russia and China, in which Israel is less committed to the American position, and the United States is reducing its involvement in the Middle East. The consolidation of Iran’s position is not a sufficiently significant threat for the administration to mobilize to thwart it. Even if American leaders declare their commitment to preventing Iran from acquiring nuclear weapons and they are convinced that a return to the agreement will contribute to that goal, in practice the pact paves a safe path for Iran to becoming a nuclear power.

As long as possible, Israel should try to prevent the return to the agreement by vigorously appealing to U.S. officials on both sides of the political spectrum who recognize the seriousness of the current move. Congress may have the tools to make it harder for the administration to realize its intentions. One can also hope that the Iranians will not accept the American terms of surrender and demand even more, or that the demands that Russia has raised (not applying anti-Russian sanctions in the context of its economic relations with Iran) will delay the reaching of an agreement.

If the agreement does go into effect, Israel will have to mount a covert campaign to thwart Iran’s nuclear program, since, despite Israel’s declaration that it is not bound by the agreement, overt action at the first stage is less necessary and even less acceptable given the American commitment to it. In the immediate term, Iran will slightly back away from the nuclear threshold. Israel must use this additional time to develop the ability to thwart the nuclear program with the use of force if and when needed and to deal with the complex consequences of such a move. Failure to reach an agreement now, a scenario that still has little chance of materializing, may require such action within a short time.

At the same time, Israel must continue to tighten its ties with the pragmatic Arab states, which are deeply troubled by Iran’s consolidation of forces and the United States’ apparent weakness. Under these circumstances, the moderate states may be looking to compensate for American weakness by moving closer to Israel or, alternatively, closer to Iran and its protégés, such as President Assad of Syria. In addition, some of the states are likely to try to increase their ability to stock up on nuclear weapons themselves.

(Brig.-Gen. (res.) Yossi Kuperwasser is Director of the Project on Regional Middle East Developments at the Jerusalem Center. He was formerly Director-General of the Israel Ministry of Strategic Affairs and head of the Research Division of IDF Military Intelligence)
Advertisement 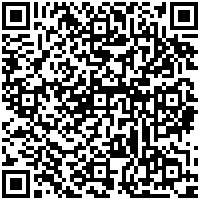