One would require a wild imagination to believe that Iraqi Shiite militiamen backed by Iran orchestrated a breach of the U.S. Embassy compound in Baghdad without direct orders from their paymasters in Tehran.


The embassy attack marks a massive escalation for Iran. It demonstrates the mullahcracy in Tehran believes it can get away with such a brazen act after a series of other recent regional attacks by Iranian proxies were clearly not met with a sufficient enough response.

Iran, the world’s largest state sponsor of terrorism, specializes in the use of proxies to do its dirty work. If today’s embassy episode does not trigger strong U.S. and international deterrence, the Iranians will feel free to escalate their campaign for regional dominance even further.

President Donald Trump rightly blamed Iran for the embassy assault and demanded that Iraq take action to protect the embassy.

“Iran killed an American contractor, wounding many. We strongly responded, and always will. Now Iran is orchestrating an attack on the U.S. Embassy in Iraq. They will be held fully responsible. In addition, we expect Iraq to use its forces to protect the Embassy, and so notified!” Trump tweeted.

In scenes that are eerily reminiscent of the September 11, 2012 assault on the U.S. Special Mission in Benghazi, the Washington Post reported that U.S. diplomats and staffers were huddled in a safe room while the front gates of the Iraq embassy compound were breached.

Scores of well-known Iran-backed militia leaders were physically present during the protest and assault.

On Tuesday it was the militias who protested, spraying “Closed in the name of the people” on the gates of the U.S. Embassy and smashed the surveillance cameras around the building with bricks and stones.

Qais al-Khazali, leader of the Iranian-backed Asaib Ahl al-Haq militia, and many other senior leaders were among the protesters. “Americans are unwanted in Iraq. They are a source of evil and we want them to leave,” Khazali told Reuters.

The AP further reported on the attack:

Dozens of Iraqi Shiite militiamen and their supporters broke into the U.S. Embassy compound in Baghdad on Tuesday, smashing a main door and setting fire to a reception area, angered over deadly U.S. airstrikes targeting the Iran-backed militia. U.S. guards fired tear gas and palls of smoke rose over the grounds.

An Associated Press reporter at the scene saw flames rising from inside the compound and at least three U.S. soldiers on the roof of the main embassy building. There was a fire at the reception area near the compound’s parking lot but it was unclear what had caused it. A man on a loudspeaker urged the mob not to enter the compound, saying: “The message was delivered.”…

There were no reports of casualties, but the unprecedented breach was one of the worst attacks on the embassy in recent memory. It followed deadly U.S. airstrikes on Sunday that killed 25 fighters of the Iran-backed militia in Iraq, the Kataeb Hezbollah. The U.S. military said the airstrikes were in retaliation for last week’s killing of an American contractor in a rocket attack on an Iraqi military base that it had blamed on the militia.

The embassy breach comes after Iran-backed rebels carried out a series of aerial strikes on oil facilities in Saudi Arabia in September, attacks that this reporter characterized at the time as not a localized issue but a “war on the entire global economy.” It was clear that Iran was behind those strikes, with many doubting that Houthi rebels possessed sophisticated enough technology and military capabilities to carry out precision air raids that temporarily knocked out half of the Saudis’ energy production.

Prior to the Saudi strikes, Iran seemed to be testing the ground by downing a U.S. surveillance drone on June 20, 2019.

And Iran’s Revolutionary Guard has been asserting itself in the Gulf by repeatedly seizing foreign tankers without a strong reaction from the international community.

Following months of testing the boundaries, Iran crossed all red lines with the U.S. embassy breach. If they get away with it their next move against America will be even more brazen. 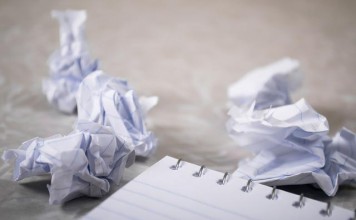 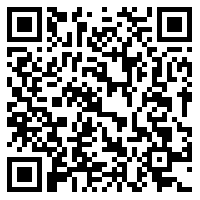