In recent years, the way people greet each other in Israel has changed.

For as long as I can remember the greeting was always, “mah shlomcha,” which is equivalent to “How are you?” The Israeli answer was generally, “B’seder, Baruch Hashem,” equivalent to “I’m OK, thank God.”


But in recent years people have begun asking, “Hakol tov?” – “Is everything good?”

At first I didn’t like this question. I mean, how can I say everything is good? Listen to the news. Our enemies hate us and want to destroy us. Not only is our Holy Temple in ruins but Jews are not even allowed to pray in the permitted areas of the Temple Mount, and our own police enforce this! I can go on and on, but the point is, I found it difficult to answer a greeting that asked, “Is everything good?”

After some thinking, I was able to work it out. Now I always answer, “Everything is great!” I’ll explain the steps I used to reach this solution.

First of all, as Jews we believe what our rabbis teach in the Talmud: “Everything God has done He has done for a good reason, whether we understand it or not.”

Here I would like to share the beautiful teaching of the famous Reb Zusha, brother of the Noam Elimelech. In the words of the last daily morning blessing, we bless Hashem for giving us “chassadim tovim” – “good types of loving kindnesses.” Reb Zusha asked, “Aren’t all loving kindnesses good? So why does the blessing add the word ‘good’?”

Reb Zusha answers, “True, everything from God is good, but we are beseeching You, Hashem, to give us loving kindnesses that we recognize as being good!”

God himself is in fact referred to as “hatov,” meaning “the Good One,” which we say three times a day in the Modim prayer in Shemoneh Esrei.

So now we understand our request in the Al HaTzaddikim blessing of the Shemoneh Esrei that God should “give good reward to those who truly trust in Your name.” What is the meaning of “good reward?” Can’t we simply ask for reward, which implies something good? The answer is that we are asking to be rewarded with even more recognition of God’s goodness, for trusting in Him.

I’d like to share two stories from my past that have helped me deal with the question “Is everything ‘good’?”

In 1988, I picked up a scholarly-looking hitchhiker on the road adjacent to the holy Kotel.

I wanted to converse with him so I asked, “Nu, what do you think?”

He immediately answered, “It’s good and it’s gonna be even better!”

I asked, “Where did you get that wonderful attitude?”

“Learn the sefer Derech Hashem (Ways of Hashem) by Reb Moshe Chaim Luzzato,” he replied. “From this book we learn that if we understood the ways of Hashem, we would know that even the most horrible event is good for us!”

Before he left the car, I asked him his name and he said “Zilberman.” I knew immediately he must be the brother of Rochel Weiss, who was murdered earlier that year, along with her three small children, in Jericho when a Molotov cocktail was thrown into a bus window. She was the daughter of the well-known Rav Zilberman, who had influenced the famous actor Uri Zohar to become a ba’al teshuvah (and eventually a rabbi).

“Are you the brother of Rochel Weiss?” I asked.

“Yes,” was his response as he left my car. His positive attitude has been uplifting to me since then. “It’s good and it’s gonna be even better!”

The second story is about an event that really changed my life. The year was 1973, and I was a volunteer during the Yom Kippur War. I spent the first two weeks of the war on a non-religious kibbutz. Each day a certain fifteen-year-old boy and I would cross paths. I would always ask, “How are you?” And he would look right into my eyes and respond, “Better than you!”

I felt the arrogance in his words, though the phrase remained in my mind. Years later, there was an occasion when I actually used that response. But I felt so bad about replying to someone in such a manner that, as an act of repentance I decided that anytime someone would ask me, “How are you?” my response would always be, “I’m great, but not as good as you!” 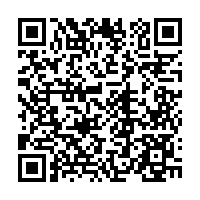