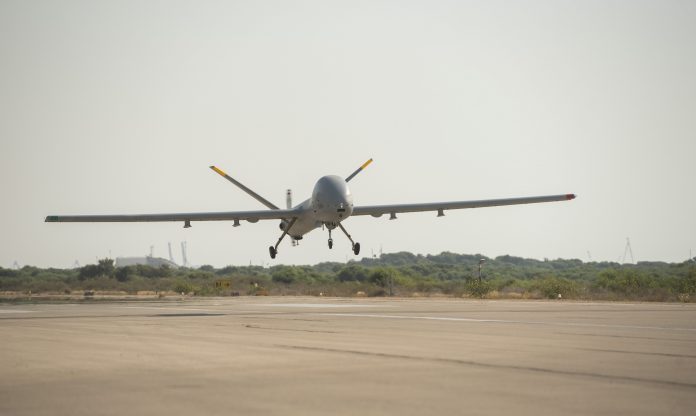 Plus ça change, plus c’est la même chose (The more things change, the more they are the same.) – Jean-Baptiste Alphonse Karr, French novelist (1849).

Departing briefly from the upcoming elections, Sunday’s media headlines conveyed the news that a drone, launched from the Gaza Strip, had attacked an IDF position near the border, with an explosive charge. This incident follows a similar one, several months ago, when a Gazan-based terror group, Islamic Jihad, attempted to drop an explosive device on an IDF tank.

Although fortunately, the damage caused in these attacks was negligible, it would be a grave error to dismiss the scope and scale of the prospective threat that drones could present.

Of course, compared to the menace of massive barrages of rockets/ missiles on the one hand, and infiltration by bands of heavily armed commandoes via underground tunnels, on the other, the danger posed currently by drones may seem relatively minor.

However, we should recall that this was much the case for those very perils back in 2005, when Israel undertook the ill-advised unilateral abandonment of Gaza. Back then, when the most destructive weapon at the disposal of the terrorist organizations was a primitive rocket with a range of 5 km and an explosive charge of 5 kg, today’s situation seemed inconceivable!

Indeed, had anyone then predicted that, a little over a decade later, Israel would be faced with an arsenal of missiles with ranges of over 100 km and warheads of over 100 kg, with a warren of underground attack tunnels and with nascent naval forces, they would have been dismissed as unrealistic scaremongers. Sadly, of course, recalcitrant realities would have proved them right! (No pun intended.)

Accordingly, Israel has been forced to spend literally billions of dollars to devise defensive countermeasures (such as the Iron Dome missile defense system and the subterranean anti-tunnel barrier) to contend with threats that were barely imaginable less than a decade and half ago.

Moreover, I have long been at pains to underscore that no matter how successful Israel’s defensive countermeasures may prove to be, there is little doubt that the Palestinian-Arab terror groups will eventually devise some offensive measure to circumvent it.

Indeed, six years ago I cautioned: “Defensive weapon systems, however, sophisticated and effective, inflict no cost on determined adversaries and hence can never deter them from attempting to devise methods to circumvent or overwhelm those defenses.”

In similar vein, almost five years later I wrote: “Every time the Gazan terrorists developed some offensive tactic, Israel devised some countermeasure that was designed to thwart the attacks, rather than prevent them being launched in the first place.”

The danger of drones

In this context, I issued repeated warnings as to the use of drones to thwart existing missile defenses and anti-tunnel barriers—see for example here , here and here–and pointed to the danger they may entail: “…it takes little imagination to envisage the deployment of future modes of Judeocidal assault on the Jewish state and its citizens—such as a possible drone swarm carrying explosive—perhaps even some non-conventional—charges, to be detonated on, or over, some luckless Jewish community .”

Fortunately today, there appear to be some signs of greater awareness regarding the potential perils posed by the drone threat and a sense of greater unease as to what they may portend. Thus, following the previously mentioned attempt, several months ago, one military analyst—echoing my earlier concerns—wrote: “Security agencies will overlook the minor impact of the device …and will instead focus on the implied threat that a larger or more ominous payload would represent.”

Following the latest attack, a well-known military correspondent commented:
“…terrorist groups in the blockaded coastal enclave are continuing to innovate and find new weapons to attack Israel’s military…The drone attack over the weekend was a dangerous escalation”, and warned that: “This weekend’s attack is a wake-up call that Israel must take seriously because drones, like rockets, pose threats not only to troops but to the thousands of residents who live in communities near the border… both need to be met with an iron fist.”

Under the headline “Israel must launch a campaign in Gaza to counter dangerous drone threat”, another leading pundit expressed similar sentiments: “UAVs operated from Gaza that can drop explosives endanger not only IDF troops but Israeli communities bordering the Strip as well.”

Counselling a robust response, he wrote: “Israel must act as vigorously against this threat from the coastal enclave as it does against similar attacks from the north… The real solution to this challenge, like other threats originating from Gaza, is to restore Israeli deterrence and change the policy of containment.”

Sadly, none of these generic endorsements of assertiveness actually provided a prescription, even in broad outline, of actionable policy that could break the deadly cycle of aggressive measures and defensive countermeasures.

Expressing his frustration at this, one exasperated talk-backer wrote: “Why Israel allows Hamas to continue to up its threat is beyond understanding.” Astutely he diagnosed: “The cost of constantly countering Hamas attacks is far more than Hamas’ cost to conduct them” and advocated “Israel …must act decisively and boldly to eliminate Hamas once and for all…Eliminate Hamas and re-garrison the Gaza strip.”

Doubtless, at first glance such a stark proposal may seem overly extreme. However, eschewing it for over a quarter-century has allowed what was once a terrorist nuisance to develop into an emerging strategic threat.

It is, of course, quite plausible that Israel will eventually find some (probably very expensive) measure to counter the drone threat. But it is no less plausible, that the Gaza-based terror groups will develop some measure to overcome, or by-pass it—until the Jewish residents, who live in the South, find they no longer can—or wish to—continue to subject themselves and their families to the ongoing trauma of unending terror attacks. Then Israel will find itself confronted with a harsh dilemma: There will either be Arabs in Gaza or Jews in the Negev, but in the long run, there will not be both!

To avert the specter of the depopulation of the South by Jews, Israel must come to terms with the grim realities that prevail in Gaza—and realize:

(a) The population of Gaza is not the victim of its leadership, but the crucible in which that leadership was formed and from which it emerged.

(b) The only long–term solution for Gaza is not its reconstruction, but its deconstruction.  dr. marti


(c) The only way Israel can ensure who rules Gaza is to rule it itself.

(d) The only way Israel can rule over Gaza without ruling over “another people” is to remove that “people” from the area over which it is imperative for it to rule.

(e) The only way Israel can remove the Gazan population from Gaza without forcible expulsion is by a largescale initiative for the incentivized emigration of the non-belligerent population and afford them an opportunity of a more secure and prosperous life elsewhere.

Could anything be more compelling? 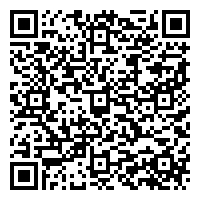