However, Rava maintained that the obligation of matza has an independent status as a biblical requirement, since the Torah explicitly states, “On [that] night you should eat matzot” (Shemot 12:8).  The gemara cites a beraita which supports this opinion.  The beraita observes that in one place, the Torah requires eating matza all seven days of the festival (Shemot 12:15), whereas elsewhere, it obligates eating matza for only six days (Devarim 16:8).  The beraita employs an exegetical principle of Rabbi Yishmael to conclude that once the second verse excludes the seventh day from the obligation, the entire obligation dissolves.  Seemingly, then, the consumption of matza on Pesach should be entirely optional.  Therefore, the Torah specifically mentions the obligation to eat matza together with the korban on the first night of Pesach.  And even if there is no korban, the Torah still reiterated “On [that] night you should eat matzot” to establish an independent mitzva to eat matza.  The Rambam (Sefer Ha-Mitzvot, mitzvat asei 158), as well as other codifiers, write that there is a biblical requirement to eat matza on the first night of Pesach – even when the Temple no longer stands.


The Chizkuni (Shemot 12:18) understands the Torah’s seemingly convoluted presentation of this mitzva to imply that, although there is no obligation to eat matza the entire week of Pesach, one who does eat matza fulfills a mitzva by doing so.  He explains that when it comes to most mitzvot, one not only merits reward for observing them, but also deserves punishment if he is negligent and fails to fulfill them.  However, some mitzvot (such as eating matza after the first night of Pesach) do not entail any punishments but do bring reward to those who opt to fulfill them.

Another possible source for this mitzva to eat matza throughout the entirety of Pesach is the juxtaposition of the prohibition against eating chametz and the requirement to eat matza (Devarim 16:3).  The gemara (Pesachim 43b) derives from this textual association that women (who are forbidden from eating chametz) must eat matza (despite its being a time-bound positive mitzva, which should seemingly exempt women).  According to Rav Shimon (Pesachim 28b), these two mitzvot are mutually dependent in terms of the times of their application as well.  Rav Shimon maintains that there is no biblical prohibition to eat chametz on erev Pesach or after Pesach.  His argument is that chametz is biblically forbidden only at the time that matza is to be eaten.  The Penei Yehoshua (ad loc.) writes that Rashi’s interpretation of Rav Shimon shows that there is a biblical REQUIREMENT to eat matza all Pesach.

We find another indication that the mitzva of eating matza is required (or at least fulfilled) throughout Pesach in the discussion regarding laying tefillin on chol ha-moed.  The gemara (Menachot 36b) explains that since tefillin are called an “ot” (a sign), and Shabbat and Yom Tov are themselves an “ot,” there is no need to put on tefillin on those days.  Tosafot (ad loc.) raise the issue of whether one must wear tefillin on chol ha-moed, and they claim that Pesach is an “ot” since chametz is forbidden, and Sukkot is an “ot” because it obligates us to sit in the sukka.  The Rosh (Responsa 23:3), however, cites the Geonim as saying that Pesach is an “ot” due to the “OBLIGATION” of eating matza.  Indeed, it seems far more logical that an “ot” should involve a demonstrative act such as eating matza, rather than passively refraining from eating chametz.  Although the Rosh maintains that one should put on tefillin on chol ha-moed, he does not take issue with the opinion that the obligation of matza creates an “ot.”

Holy Temple Myth Busters: Part IV: Korban Pesach: To Be Or Not To Be? 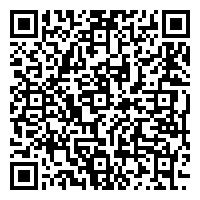