Let us begin with the bottom line. Israel will not continue to reduce the amount of electricity it supplies to Gaza. On the contrary, it will continue to provide electricity, water, and other services for free – on an ever growing basis.

According to official statistics, Israel funds Gaza’s utilities at a cost of 90 million NIS per month. In my estimate, Gaza costs Israel at least one billion NIS in a regular year and more than 100 billion NIS every third or fourth year when the “drizzle” of rockets from Gaza turns into a “rain” of rockets.

Israel’s funding of Gaza’s electricity and water clearly amounts to protection money, similar to the protection money Israel’s cell phone companies pay the Bedouins in the Negev to “watch” their antennas.

In December 2014, Yossi Cohen, then head of Israel’s National Security Council and presently the head of the Mossad, appeared before an open meeting of the Knesset’s Foreign Affairs and Security Committee on this topic. At that point, Gaza owed 1.55 billion shekels to Israel’s electric company. Cohen promised that Israel and Gaza were close to an agreement and that the bill would be paid.

“If that happens, I will take you out to dinner in the restaurant of your choice,” I said to him.

Cohen agreed and at the next meeting, he admitted that he owed me dinner. I am still waiting for the meal, but in the meantime, Gaza’s debt to Israel’s electric company has grown to a whopping 3 billion NIS.

If the protection money paid to Gaza does not prevent Jewish fatalities – which have increased five-fold since the Oslo peace accords broke out and Israel retreated from Gaza – why does Israel continue to pay these huge sums of money to our sworn enemies?

Because if we do not pay, they will shoot missiles into our cities. If they shoot missiles into our cities, we will have to go to war with them. If we go to war with them, Hamas will fall. If Hamas falls, the situation in Gaza will revert to what it was prior to Oslo (when Gaza paid Israel for its electricity, when there was plenty of drinking water because there was no pirate pumping, and when there was relative peace and quiet, which we can only dream about today). If the situation reverts to what it was prior to Oslo, there will be no more Oslo Accords and the entire “peace industry” built on those accords (politicians, generals, judges, professors, journalists, broadcasters, etc.) will have to find new jobs.

That being the case, do you really think that Israel will stop paying the protection money? 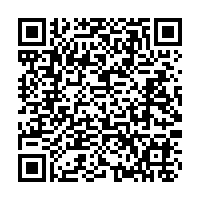