There is a discomfiting identity between the now failed efforts of Senate Democrats to derail the confirmation of Amy Coney Barrett as Justice Ruth Bader Ginsburg’s replacement on the United States Supreme Court and the harassment – some of it violent – by several anti-Trump partisans of participants in the pro-Trump motorcade rally on Sunday in Brooklyn and Manhattan.

Videos of the confrontations show anti-Trump demonstrators verbally and sometimes physically venting their anger at those in the motorcade. Their ire suggested to us that they are unable to accept a political choice differing from their own and, to boot, in favor of someone they deem utterly unworthy of support.

This failure to accord any legitimacy to a choice inconsistent with their own reminded us of last week’s confirmation hearings of now Supreme Court Justice Barrett. It is remarkable that, in the several days of those hearings, one heard nary a word spoken by Democrats about any problem with her analytical skills or her knowledge and mastery of statutory or constitutional law.

There was much anger at the hearings despite the fact that the debate was an intellectual one over the appropriate approach a justice on the Supreme Court must take. Of course there are real world consequences for the approach taken. Decisions on the constitutionality of laws involving abortion rights, Obamacare, and immigration, for example, would depend on which approach is taken. And that would account for the anger.

So, in this sense, the Barrett hearings were of a piece with Sunday’s tumultuous pro-Trump motorcade. In both, there was a failure to credit the position of the opposition. Unfortunately both are also an indication of the profound schism that, sadly, now divides our country.

Ruth Bader Ginsburg was confirmed 96-3 in 1993. Antonin Scalia was confirmed 98-0 in 1986. We long for those days – when the caliber of the judge, not his or her politics, determined whether he or she was deemed worthy of sitting on the Supreme Court. 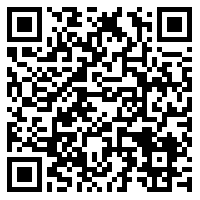