As the lifting of the sanctions against Iran, with its $150 billion windfall for the Iranians, is almost upon us, there is increasing public attention on the one-sidedness (in Iran’s favor) of the nuclear agreement.

Iran has violated at least one UN resolution on nuclear-capable missile testing incorporated in the nuclear agreement and the U.S. did nothing except promote some empty discussion at the UN. So much for reciprocal commitments and “snapback.”


Columnist Charles Krauthammer has also drawn attention to the fact that the Iranian parliament has yet to approve the deal and Iran’s president has yet to sign it. So at the moment Iran is not legally bound to do anything.

To add insult to injury, Iran is challenging a new U.S. law, passed almost unanimously in Congress, that requires Europeans, Australians, Japanese, and South Koreans who have visited Iraq, Syria, Sudan, or Iran to apply for an American visa instead of traveling freely to the U.S. as before. The Iranians are insisting that if the law is applied to Iran, the July nuclear deal would be breached because it would impact negatively on Iran’s ability to attract business. Iran is actually threatening to withdraw from the deal.

Similarly, it is being noted by a number of foreign policy observers that the recent Paris climate “deal” concluded by Secretary of State Kerry is really no deal.  It involves mere unenforceable promises on reducing carbon emissions. Mr. Kerry himself conceded that there are no penalties contemplated.

And there are still rumblings about various immigration issues including out-of-control illegal immigration and “legal” Syrian migration.

So, not unexpectedly, the president, seeking to deflect the mounting criticism, has turned once again to the “race card” as he did so successfully in his runs for the presidency – albeit somewhat more awkwardly this time.

Thus, in an interview with National Public Radio just prior to leaving for an extended vacation, Mr. Obama emphasized that economic changes have adversely affected many Americans:

Particularly blue-collar men have had a lot of trouble in this new economy, where they are no longer getting the same bargain they got when they were going to a factory and able to support their families on a single paycheck…. You combine those things, and it means that there is going to be potential anger, frustration, fear – some of it justified, but just misdirected…. I think someone like Mr. Trump is taking advantage of that. That’s what he’s exploiting during the course of his campaign.

The president then sharpened his point:

If you are referring to specific strains in the Republican Party that suggest that somehow I’m different, I’m Muslim, I’m disloyal to the country, etc. – which unfortunately is pretty far out there, and gets some traction in certain pockets of the Republican Party, and that have been articulated by some of their elected officials – what I’d say there is that that’s probably pretty specific to me, and who I am and my background.

In its report on the interview, The New York Times cut to the chase by noting that President Obama “argued that some of the scorn directed at him personally stemmed from the fact that he is the first African-American to hold the White House.”

So for the president, a candidate’s seeking the support of a large segment of the electorate by pointing to the failures of Mr. Obama’s policies is “exploitation.” And holding Mr. Obama responsible for those policy failures is attributable to his being the first African-American president. Sounds to us like someone is getting desperate about a fading approval rating and a legacy that appears beyond rehabilitation. 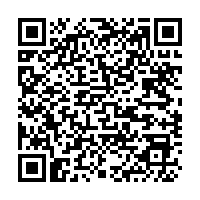