Last week, in this space, we opined on what appeared to signal a dramatic change in the politics of the Middle East. Israel and the United Arab Emirates had agreed to finalize the normalization of relations between the two countries.

Although Egypt and Jordan signed peace treaties with Israel decades ago, the Israel-UAE agreement seemed to mark a fundamental rapprochement between two countries and represent an affirmative commitment to work together cooperatively and not just avoid killing each other. For the first time, a Middle Eastern country had agreed not to condition the formalization of normal relations with Israel on its reaching agreement with the Palestinians.


Some people are less than enthusiastic about the deal, but their position seems faulty to us. Significantly, some commentators argued that the agreement was ultimately the outgrowth of Israel and the UAE recognizing their common interests for several years under the radar.

Thus, observers pointed to a dynamic in play that was not limited to the UAE. Several other Middle East countries also share interests with Israel and may soon normalize relations with Israel. Israel certainly had much to offer by way of economic power, technological development, and – in the light of the threat posed by an increasingly predatory Iran – military deterrence.

Several countries have been suggested as possible candidates for following the UAE lead: Saudi Arabia, Kuwait, Qatar, Sudan, Morocco, Bahrain, and Oman. All share, in different ways to be sure, a concern for Iranian hegemony and a desire to tap into what Israel has to offer. And all have in varying ways quietly cooperated with Israel in recent years while still publicly demanding an agreement between Israel and the Palestinians as the sine qua non for formal ties.

Indeed, within days of the announcement of the Israel-UAE agreement, all seven of the countries that were ripe for making a deal with Israel went public with their reiterations of the fundamental necessity for an Israel-Palestinian resolution as a prerequisite for going forward.

But we believe that this is all part of the typical tentativeness of a breaking-in period and that we are, indeed, on the cusp of a major breakthrough in the Middle East. From all we have seen, we are confident that the UAE’s decision to abandon the predicate need for a reconciliation with the Palestinians will soon become the rule rather than the exception. 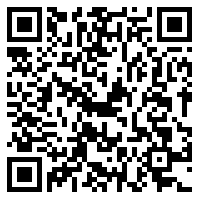