Professor Zohar Amar encourages his grandchildren to eat a grasshopper now and then to maintain the family tradition.

A resident of Neve Tzuf and lecturer in the Department of Land of Israel Studies and Archeology at Bar-Ilan University, Amar specializes in identifying the plants and animals of the Bible. He is also an expert on the history of Jewish medicine throughout the ages, ancient agriculture, paper, gemstones, incense, traditional healing herbs used by Yemenite and Ethiopian Jews, and the kashrut traditions of various Jewish communities.

The Jewish Press: If the Beit HaMikdash were rebuilt today, would we have all the ingredients necessary to offer the ketoret?

Prof. Amar: Yes, but it depends on whose opinion you accept. Not everyone agrees on the identities of the ingredients. For example, there’s a disagreement regarding the “mor” – whether it is derived from a tree called Ketoret or whether it comes from an animal and is the scent called musk.

After years of research and investigation, we believe we have discovered all the needed elements of ketoret. When the time comes, the Sages, or Eliahu, will be able to study our findings and conclude if our identifications are accurate.

Please excuse the question, but some young people today insist that cannabis was an ingredient of the ketoret, citing sources that state that the scent of the ancient ketoret caused people to smile all day.

There is absolutely no Biblical record or scientific finding to corroborate such a claim.

Let’s move on to the shamir worm, the mighty rock-cutter of the Temple’s giant boulders. Has such a creature ever been found?

There is a snail-like species called ochliot that enters stones and form tunnels and narrow caverns. Maybe, maybe, this creature is the shamir worm of biblical days, or a relative.

You have worked to record mesorot relating to various kosher animals that were eaten in the past but are not eaten today. What species of animals have you dealt with?

We have documented the traditions of eating partridge, Guinea fowl and pheasant, quails, sparrows and other songbirds, as well as mammals such as deer, gazelles, buffalo, and kosher locusts.

After we identify and classify the species, we interview the elders of the community to learn about the traditions they inherited from their ancestors. Since the older generation won’t be around forever, gathering this information is vital to insure that the reliability of the transition is preserved.

Have you eaten locusts yourself?

Yes, in the tradition of my grandparents and ancestors in Yemen, and in consultation with outstanding Torah scholars like Rav Shlomo Machpud, head of kashrut for the Badatz, who looked over our research and tasted a grasshopper with us.

Recently, we read about the plague of locusts in ancient Egypt before the Exodus, and in the same week saw photographs of locust swarms blackening the skies of Africa. Are these locusts kosher?

The swarming type that devour everything in their path are called locusts of the desert. They visited us in Israel a few years ago, which gave us an opportunity to study and eat them.

The Torah lists four varieties of kosher locusts. The Gemara mentions eight, but we don’t know how to identify them. In practice, the only type that is eaten is the locust of the desert.

It’s important to note that their kashrut is determined by handed-down tradition, not from signs mentioned in halachic texts. Jews who don’t have a tradition of eating locusts don’t eat them. But if you are visiting a Jewish community in Yemen or in Israel, then you are free to do as the Yemenites do.

How many locusts of the desert do you have to eat to feel satiated?

I don’t know if you can feel satiated, but eating them can keep you alive when you have no other food. In Yemen, when there wasn’t a famine, the locust was eaten as a supplement to the meal. They aren’t sweet, so you couldn’t call them a dessert, but they are tasty when salted or fried. Many people eat them like nuts or seeds.

In the Gemara, the question is asked: What blessing is recited before eating locusts? The answer is shehakol. Rabbi Yehuda asks how can one make a blessing over something that comes as a curse. The explanation is that in times of famine, a swarm of locusts saves lives. Therefore, we recite the blessing.

How are they eaten?

You helped restore the kashrut bonafides of the Asian water buffalo. How did that come about?

After a thorough research project into the traditions of slaughtering Asian water buffalo in Israel and abroad, a committee I worked with presented its findings to Israel’s former chief rabbi, Rav Shlomo Amar, and he declared the water buffalo to be kosher.

He inspected several animals in Moshav Bitzaron and observed a herd in the Hula Nature Reserve. Beef breeders applied for permission to breed the water buffalo, bubalus bubalis, which is known by its Arabic name, jamus, in order to market the beef for consumption.

According to data from the British Mandate period, 5,000 of these buffalo were raised in Israel by Arabs until the establishment of the Jewish state. I interviewed several retired shochtim who performed the shechitah and testified that the meat was eaten in religious communities throughout the country, including Bnei Brak. During the War of Independence, the Arab buffalo breeders abandoned the enterprise. Today, only a small number of the buffalo remain in the Hula Nature Reserve.

Until Rabbi Amar reviewed our documentation and rendered his decision, water buffalo had not been slaughtered in Israel for the past half century, and the Chief Rabbinate had not awarded it kashrut approval, so the tradition had to be re-established.

You published a book about the healing art of Rabbi Haim Vital, the foremost student of the Arizal. Can you tell us some secrets?

Not if you’re looking for miracle cures. The extractions of plants, herbs, oils, minerals, and the like were somewhat different 500 years ago, as were the various factors that influence a person’s health. He left behind a handwritten manuscript explaining the methods he employed to heal people. He relies on the Greek-Arab medical traditions of his time, also used by the Rambam, and on his own experimentation.

Some people today rely on the Rambam’s medical recommendations. Do they work?

There is a disagreement about this matter. Some say yes, others say no. You can find all sorts of opinions on the Internet. It could be that following the advice of tzaddikim like Rabbi Haim Vital and the Rambam have a healing effect far greater than if you or me would prescribe the same elixirs, exercises, and diets.

It’s important to note that the Rambam relied on the knowledge of his time and on practices current in Spain and Morocco. I am certain that if he were living today, he would not hold 100 percent to his own medical writings and would incorporate into his system the many discoveries of the modern age.

I read that you have a mezuzah in your home written on the hide of a giraffe. How did that curiosity come about?

Even though a giraffe is a kosher animal, we don’t eat giraffe meat today because it is a protected species. However, since the animal is kosher, its skin can be used for parchment in writing mezuzot and Sifrei Torah. The Jews of Yemen had a tradition of tanning the hide to produce “gvilim,” which are the parchments used for holy texts.

Both the Rambam and Rabbeinu Tam state that the parchments can be produced from blemished and treif kosher animals, so in our efforts to reproduce the Yemenite traditions, we used a giraffe that had died at the Ramat Gan Safari Zoo. Since the giraffe has the thickest hide of any animal, the skin must be sliced into thin pieces to enable the sofer’s ink to be absorbed properly.

The importance of this undertaking was not to expand the sources of kosher parchments. Since the giraffe is a protected species, gvilim made from giraffe skin are not going to flood the market. The value lies in reconfirming the traditions of our past and validating the guidelines we use today.

I don’t know if you also are engaged in the archeology of past civilizations, but have you ever encountered any factual evidence to support the Palestinians’ claim that they are the original Philistines who inhabited the Land of Canaan before the Jews?

It isn’t my field, but I can assure you that the claim is utter nonsense. The Palestinians aren’t related to the ancient Philistines in any fashion. The Palestinian people, if such a thing exists, is a fictitious political creation, referring to tribes of nomadic Arabs that never held sovereignty over the Land of Israel.

Clans began appearing in Israel after the First Aliyah. There are no ancient traces or artifacts of the Palestinians because there never was a Palestinian people. Period. 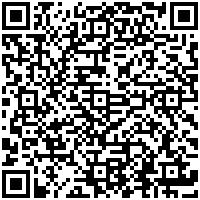